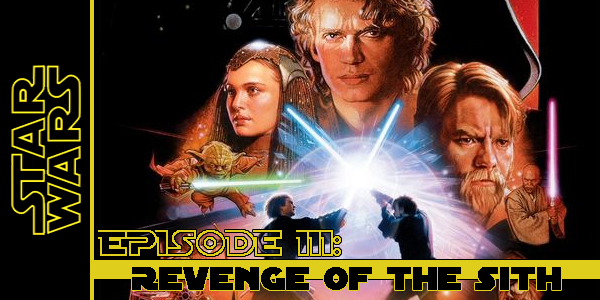 It’s the end of the beginning, as the prequel trilogy ends and ties itself (perhaps too neatly…) into the original film. How does the film stack up in the grand scheme of things? Does it do the Obi-wan/Anakin battle justice??

War! The Republic is crumbling under attacks by the ruthless Sith Lord, Count Dooku. There are heroes on both sides. Evil is everywhere.

In a stunning move, the fiendish droid leader, General Grievous, has swept into the Republic capital and kidnapped Chancellor Palpatine, leader of the Galactic Senate.

As the Separatist Droid Army attempts to flee the besieged capital with their valuable hostage, two Jedi Knights lead a desperate mission to rescue the captive Chancellor….

Well, at least this CG has aged well!

Obi-Wan Kenobi (Ewan McGregor) – Jedi who is starting to feel out-classed by his still cocky padawan Anakin, but is otherwise happy for his student’s success. What’s the worst that could happen?

Anakin Skywalker (Hayden Christensen) – Increasingly cocky and powerful, Anakin is the poster boy hero of the Jedi during the Clone Wars, and is particularly in-favour with Senator Palpatine…

Padmé Amidala (Natalie Portman) – Senator of Naboo and secretly Anakin’s wife and future mother to his children. Happy family time is sure to follow!

Senator Palpatine / Darth Sidious (Iam McDiarmid) – Supreme Chancellor of the Galactic Republic and Sith Lord, not a bad career. Still… Emperor of the Imperial Galactic Empire, now THAT has a ring to it…

Yoda (Frank Oz) – Leader of the Jedi Council who has no problem getting the old Lightsaber out if needs be… and boy, do needs be!

Count Dooku (Christopher Lee) – The lead villain of Episode II, who… gets killed in the opening scene of the film. Ah well… He was cool for a while…

General Grievous (Matthew Wood) – Leader of the Droid Army… because they needed a new top-tier villain for Obi-Wan to face after they killed off Dooku so quickly… which makes you wonder why they killed him off so quickly, but there you go. 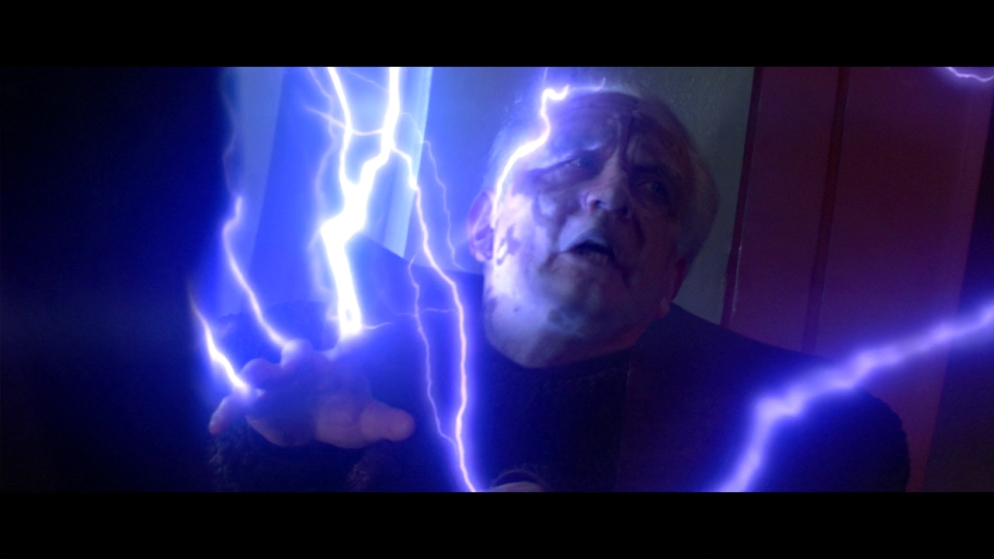 “Oh well, at least this will make me look more evil!”

May as well continue to open these up with praising the performance of Ewan McGregor as Obi-wan, and Ian McDiarmid as the Emperor. McDiarmid especially, who gets to ham it up to the very extreme, complete with classic evil cackling laugh and his old white melty face. In fact the two fight scenes with the Emperor are really great stuff, showing that he may have been barely mobile in Return of the Jedi, but he is certainly capable of fighting using the full force of… the force, if given time to prepare.

The opening space battle is grand and well filmed, and something will oddly haven’t really seen in the prequels at all. The subsequent battle across the starship and its eventual crash landing is also fun to watch.

Although I have some problems with it (see below), Anakin’s turn to the darkside and eventual duel with Obi-wan is fun to watch, the showdown with the two and Padme is a good look at the newly crowned Darth Vader, and the final lightsaber duel, though possibly veering towards the overly choreographed, is nonetheless a treat to both the eyes and ears thanks for a great piece of music playing in the background. Anakin being left limbless and burning was a horrible way to go, and adds further fuel to his willingness to kill all Jedis and Obi-wan down the road.

General Grievous is on the cheesy side, but still an enjoyable foe to watch, though why they didn’t just have Count Dooku continue on for a bit longer instead of creating this CG villain I don’t know. The death of the Jedi masters across the galaxy at the hands of the turned clones was also well shot and scored. It’s sad, even though we knew it had to happen, and also a fitting punishment for what had become a short-sighted order.

“Sorry, there is a chance I can save my pregnant wife, so I have to slaughter you all.”

Although he’s far better in this than in the previous two films, Hayden Christiansen is still very monotone in his scenes with Padme. My main criticism of the film is how Anakin goes from the guilt of having caused the death of Mace Windu and surrendering himself to the darkside, to then slaughtering children at the Jedi temple without a second thought. I know the darkside can be powerful and manipulative, but that still seemed a bit too… quick. That being said, I enjoyed seeing him slice up the vaguely racist politicians that have been hanging around the trilogy, so the early Vader scenes aren’t all bad.

Count Dooku’s defeat in the opening stages of the film seems far too sudden after a whole prior film of build up. As I mentioned in the Grevious part of the good section, why Dooku couldn’t have survived instead and have that whole scene and battle with Obi-wan later in the film I don’t know. It seems like a waste. Even the lightsaber duel seems to be over before it begins.

I like how it tries to tie directly into Episode IV, but I think they needed to pull back a bit. Padme, near death, naming her twins Luke and Leia for seemingly no reason was an unnecessary bit, the adoptive parents could have done that really. The same goes for Yoda having met Chewbacca on his home planet. As people have often said, it’s the little things like that that makes the large galaxy feel really small.

The scene with Darth Vader, a younger Tarkin and the Emperor looking at the Death Star being built while on the bridge of a Star Destroyer (complete with the classic grey uniforms) is far too early for that, it should still be full of clones and look like the Star Destroyer-like ships we’ve seen during the film. The Death Star looks half complete, I doubt it would take another 20 years to be finished. It was clearly done to tie into the next one (or first one) but it just seemed too jarring.

Oh and yes, the “Nooooooo!” is cheesy and unnecessary, but the scene lasts all of a few seconds, and it generally doesn’t bother me as much as it does some, seemingly. 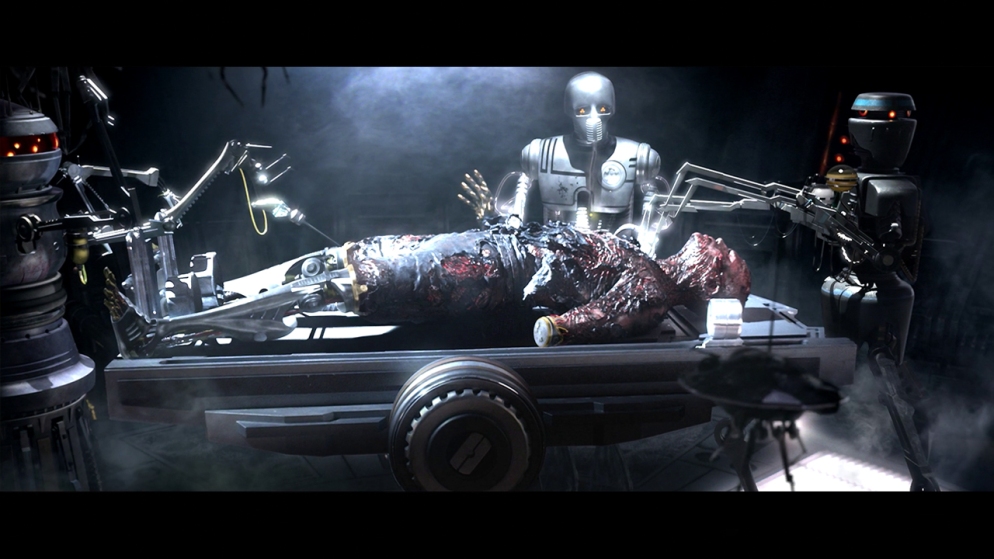 “What do you mean you don’t have any pain killers?! You’re the Emperor of the whole Galaxy!!”

In the end, I do really enjoy the film. Sure, not for the same reason I like IV and V, it’s more flash than fun characters and plot, but it’s really enjoyable flash. Ian McDiarmid steals every scene he’s in, from manipulative father figure to lightning-blasting definition of evil. The various duels and space battles are a fun feast to the eyes, and the Jedi’s downfall is an equal mix of sad and (probably accidental) good story telling due to it being because of their arrogance and short-sighted ways. The first two films may have stumbled a fair amount, but at least this told the story of the downfall of the Jedi and the rise of Darth Vader well, and that’s all I ever wanted out of the Prequels in the first place.