The second ever roster split is just a day away, so RAW wasn’t much, right? Well, no, as it turns out, and I’m not just talking about the new GMs for the two brands…

The episode was shown live on the 18th of July, 2016 in Providence, Rhode Island. Michael Cole, John Layfield, and Byron Saxton are your commentators.

The new people in charge… all four of them!

Although if I had done a report on last weeks show I would have said how having two owners in Shane and Stephanie AND two GMs is authority figure overload, I will say that Mick Foley and Daniel Bryan are two fun choices, and won’t be the old dull heel authority figure at least.

Sami Zayn and Cesaro vs. Kevin Owens and Chris Jericho was a fun tag match, and gave the Zayn/Owens feud a nice last push going into Sunday. 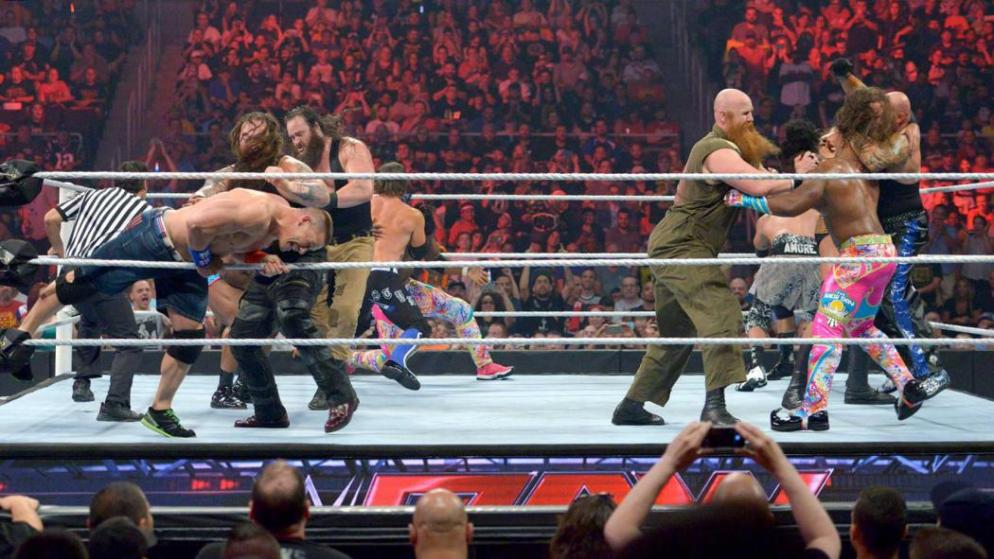 Ah yes, the good old “everyone in the ring” cluster…

The twelve man tag match (Cena, Enzo, Big Cass, and the New Day vs. AJ Styles, The Club and The Wyatt Family) was a bit of a quick cluster, but it was at least a bit of fun while it lasted. Enzo’s crazy mic work continues to amuse, not just me, but the live audience (though calling Karl Anderson generic is a little harsh…)

Not sure where to put the women’s tag match, Charlotte and Dana Brooke vs. Sasha Banks and Becky Lynch. It was okay, quick and moved the story on a bit, so I can’t say it was bad, it didn’t light the world on fire either.

The main event of Dean Ambrose vs. Seth Rollins for the WWE Championship was a fine match up, good back and forth, as the two always have. The finish on the other hand …

…was pretty bad. The old double pin finish, then they go off air without resolving it and actually clear everything up on an unadvertised WWE Network special. Not the best thing to do really… I mean, I guess they’re thinking it will draw more people to the first Smackdown! Live tomorrow but, you know, it already has the big Draft they’ve been talking about for weeks on it! Maybe it will play into the roster split and the old two titles thing, but as of right now, I didn’t like it.

I love Bob Backlund, his “snapping” and chicken wing-ing people was a big part of my childhood, but this whole Darren Young thing just hasn’t clicked. I appreciate the effort of trying to get Young over as a singles guy, but this IC title match is too much too soon, and the fans know it.

So the Lucha Dragons of Kalisto and Sin Cara are now officially done as a team, they’ve decided to go their separate ways. Fair enough… though why you then book Cara to get beaten by Baron Corbin until Kalisto makes the save I don’t know. That was an odd decision on the first night they are now singles guys…

Rusev and Sheamus vs. Zack Ryder and Dolph Ziggler… I mean if there was ever a match showcasing people who WWE have dropped the ball with in recent years… 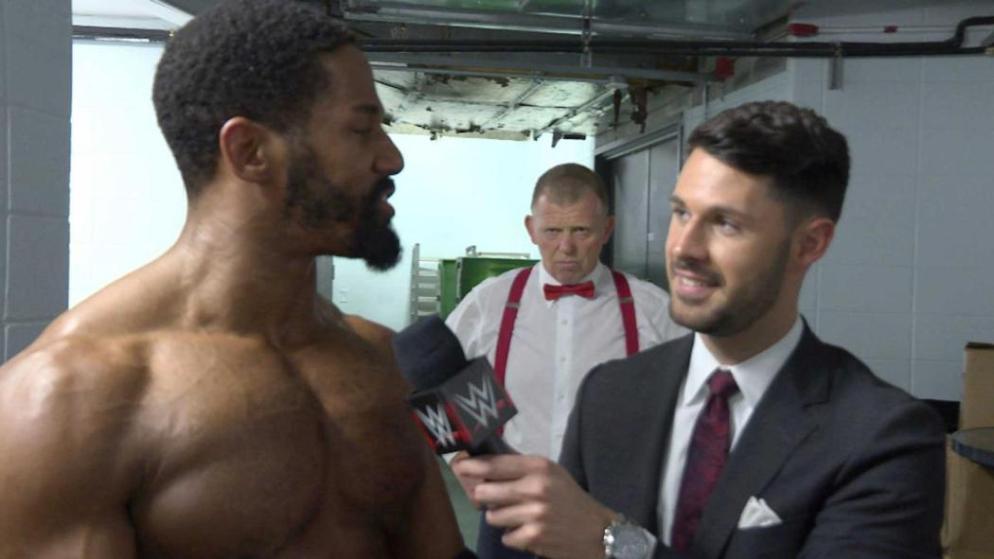 Yep, saved the best picture for last. Good old Mr. Backlund! Oh, and Darren Young is there as well.

There have been far worse RAWs in recent memory. Although a lot of it was just dragging its feet because of the big draft up next, it still had some good action and the big GM reveal, which while I still find two authority figures per brand excessive to the extreme, was at least nice to see Foley and Bryan again.