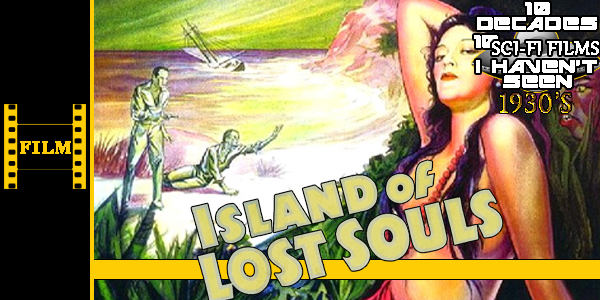 We reach  the 1930s in my “10 Decades” etc. marathon (just look at the thumbnail for the full title!) and while I could have gone with one of the Universal horror films that straddle the line into sci-fi (apart from Frankenstein, as I’ve seen it already) I’ve gone with Island of Lost Souls for the simple reason that I’ve seen it parodied so many times I feel it’s only right to watch the original (a common theme in this marathon, it has to be said!) So let’s take a look at this extremely early H.G. Wells adaptation, that he himself… strongly disliked. Ah well…

Edward Parker is shipwrecked on a remote island presided over by the mysterious Dr. Moreau. Edward discovers his host is conducting genetic experiments, and presiding over a race of half-human, half-animal hybrids, including the alluring Panther Woman. The island has become its own society, with Moreau as its god… 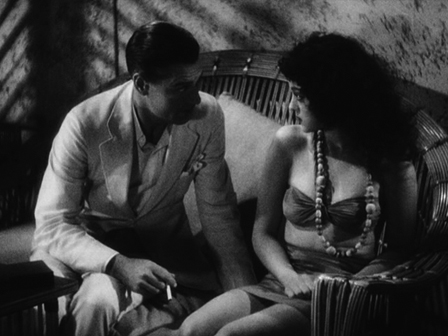 Edward Parker (Richard Arlen) – Edward ends up on Dr. Moreau’s island and finds himself a test subject, though not in a transformative operation, but something far more…odd.

Dr. Moreau (Charles Laughton) – Dr. Moreau is your classic mad scientist, he thinks himself God and sees to the creation of various man-beasts, without anaesthetic…

Lota The Panther Woman (Kathleen Burke) – Lota was a panther that Moreau turned into a woman, one who has come far more further along than his other experiments. Now, I wonder what would happen if she were to mate with a real man…

Sayer of the Law (Béla Lugosi) – The Sayer of the Law is a beast-man who has managed to become a leader of the beast-men tribe, and makes sure they stick to Moreau’s laws… For now. 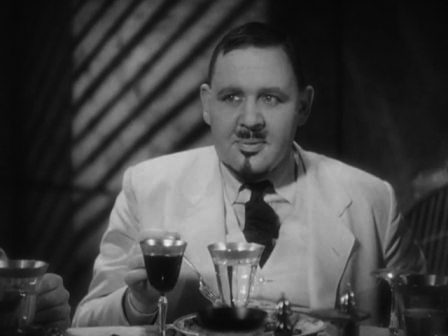 So good at being so bad…

The film is dripping with atmosphere: the dark forests, the great make up and prosthetic work on the beast-men, and Moreau himself all add to a sense of creepiness. Charles Laughton is great as Moreau, he eats the scenery with his cheesy portrayal, but in the best possible way, his now famous “Do you know what it means to feel like God?” line sends chills down your spine (especially as its said far more calmly than most of his dialogue…) Scenes of him cutting up and/or creating beast-men in the “House of Pain” are often unsettling, not just visually but it usually has someone screaming in agony on the table. I was frequently shocked this made it to the cinema in the 30s, even if it was before the censorship laws passed, it’s no wonder it didn’t get released in the UK until the late 50s (with some serious editing).

The scenes of the beast-men’s revolt against Moreau is really well shot, with the beasts running towards the camera and bellowing simple phrases in anger. By this point as well it was great seeing Moreau get his comeuppance! It was followed by the old dramatic escape and the island going up in flames, seemingly tying a neat bow around the whole thing.

Lota the Panther Woman was surprisingly sexualised for the time, again even considering pre-laws, and the idea of Moreau trying to get her to mate with Edward purely for scientific curiosity is extremely creepy. Edward finding out her origin when her hands revert to more panther-like claws and scratching him, as well as his following outrage were well done. Bonus points for seeing Moreau get rightfully punched in the face. 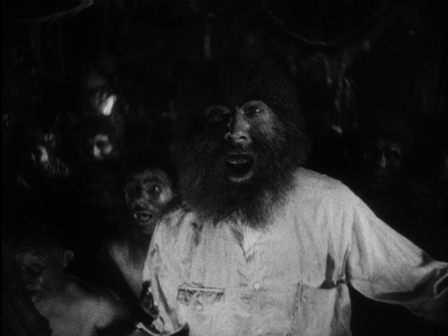 I know it was the 30s, but I have to say the lead character and his fiancée are extremely generic, and are easily the least interesting thing about the film. All the scenes with Moreau are stolen by him easily as Edward is so non-eventful (and Moreau so over the top!) At just over 70 minutes though, there is more than enough of the atmosphere and more interesting things to keep you going. Edward and eventually Ruth are just there to give us a reason to see Moreau’s island collapse. 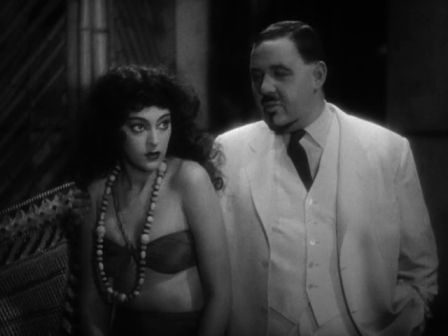 Moreau admires his creation, but not enough to have sex with it himself, that’s too crazy even for him!

Island of Lost Souls is a legitimately creepy and sometimes unsettlingly horrific movie with a great performance from Charles Laughton as Dr. Moreau. The lead character is sadly generic as hell, but thankfully everything that goes on around him is interesting and well shot. Highly recommended, even if you’re not a fan of black and white era films.