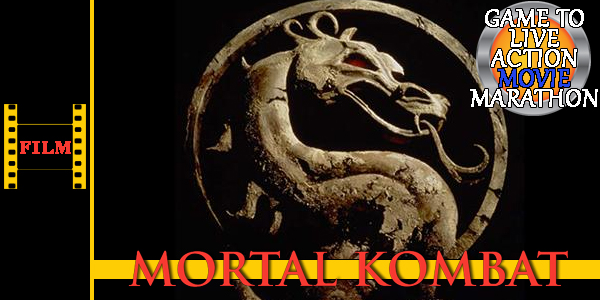 Mortal Kombat has a lot in common with our previous entry (as in being so bad it’s enjoyable), but with one key difference: it actually sticks to its source material pretty accurately! I mean… given MK’s early storyline, I’m not entirely sure if that’s a good thing or not, but it is the first game to movie in this marathon that’s done it, so… hooray I guess! Let’s take a look…

Mortal Kombat is a fighting tournament between the representatives of the realms of Earth and Outworld conceived by the Elder Gods amid looming invasion of the Earth by Outworld. If the realm of Outworld wins Mortal Kombat ten consecutive times, its Emperor Shao Kahn will be able to invade and conquer the Earthrealm.

Outworld have won 9 consecutive tournaments, and the powerful Shang Tsung is eagerly waiting to see what Raiden, the Thunder God, brings to this tournament in order to try and stop him… 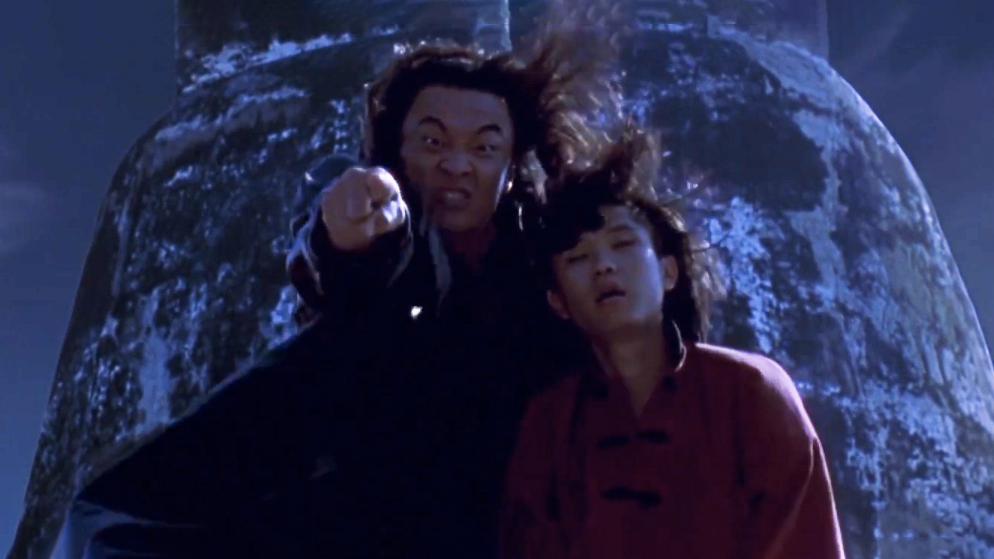 “YOUR BROTHER’S SOUL IS MINE!” Good old Shang Tsung, he loves iiiit.

Once again the highlight has to be the lead villain, Shang Tsung (Cary-Hiroyuki Tagawa), who eats all the possible scenery with great enthusiasm, and it’s extremely entertaining. This combined with the stricter adherence to the original games means he’s declaring matches a “Flawless Victory”, or walking up to defeated foes, stealing their souls and declaring “Fatality!”. It’s so stupid… so gloriously, gloriously stupid. Second place goes to Christopher Lambert’s Raiden, who also has no restraints when it comes to acting OTT, but seemingly great restraints in actually fighting anybody…

The fact that it tries to be so much closer to the games is definitely refreshing, especially compared to Street Fighter and Super Mario Bros. They’re not afraid to show other-worldly powers (even if their budget doesn’t allow it, more often than not), the core plot of the game is kept intact, and even little unnecessary things, like when Shang Tsung introduces Sub Zero and Scorpion as his underlings, something that wasn’t the case in the game, he does so by saying “Sub Zero and Scorpion, bitter enemies powerless to resist my influence”, or something to that effect, as if they felt they had to give a valid excuse to those that knew the game’s lore. 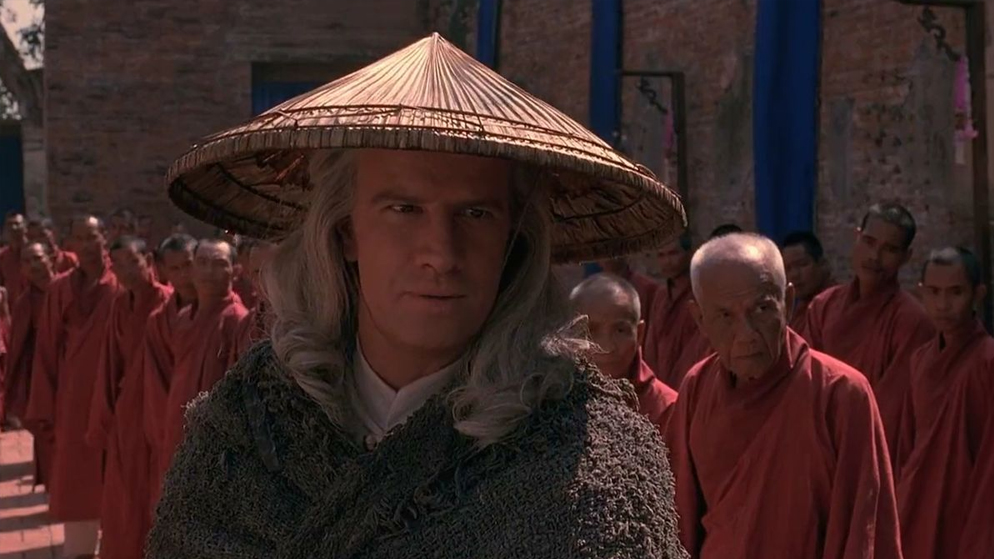 How exactly did Christopher Lambert get cast as Raiden? There wasn’t exactly a lot of resemblance…

Let’s also mention the now infamous theme that plays over the titles, and will be forever parodied and mentioned when it comes to not just Mortal Kombat as a series, but anything that involves two things fighting. It’s still catchy as hell!

Oh and credit to the team behind the film for having Goro be mostly practical effects, again despite a budget that doesn’t really cover it… Also whoever made the decision to have the character select screen announcer recording of “Reptile!” being said when the character appears in human form should be patted on the back for a good job well done. That made me laugh. 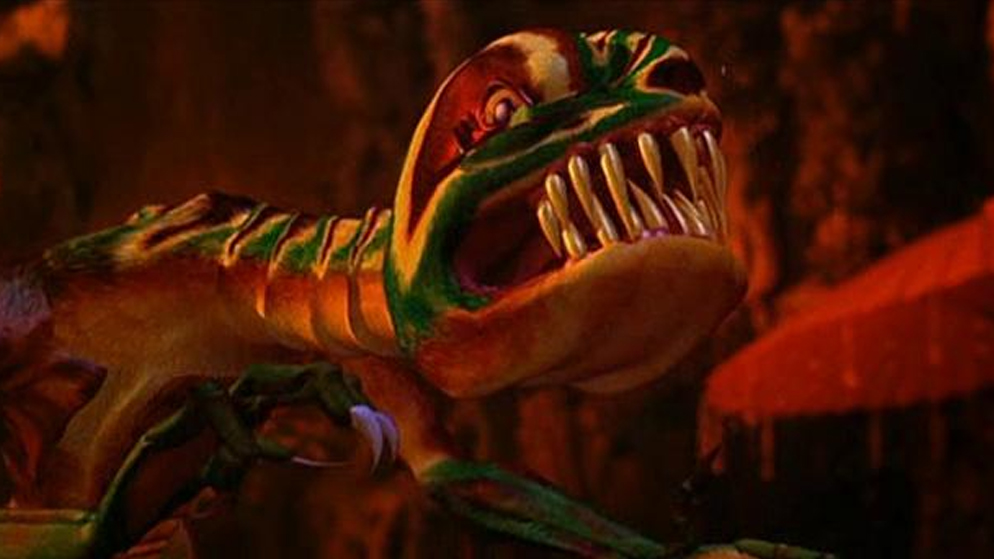 Erm…. Yeah… I buy it, totally. It’s obviously right there for real!

Ignoring the “so bad it’s good” effect for a moment, lets talk about why it’s actually bad. For the most part the lead cast are a charisma vacuum, Robin Shou’s Liu Kang especially is dull as dishwater and Bridgette Wilson’s Sonya isn’t much better… Linden Ashby’s Johnny Cage being cheesy as hell at least makes sense for the character.

While some fight scenes were reasonably good, a lot was rather flat, especially through modern eyes (which obviously isn’t fair to criticise a film from 1995 that way, but there you go) and some of the effects were pretty crap even THEN. I remember thinking Scorpion’s weird lizard thing coming out of his palm and being fired to do the “Come Over Here!” move (why did they make that change? A rope and knife was too dull, I guess?) was really great when the clip was featured on Bad Influence (British Gaming TV Show) but even when I watched the film a few months later, the effects of Reptile didn’t impress much, and now? Yikes! It really looks like a PS1 cutscene invading the real world. The only thing that saves it is even worse CGI in the sequel (coming soon!) 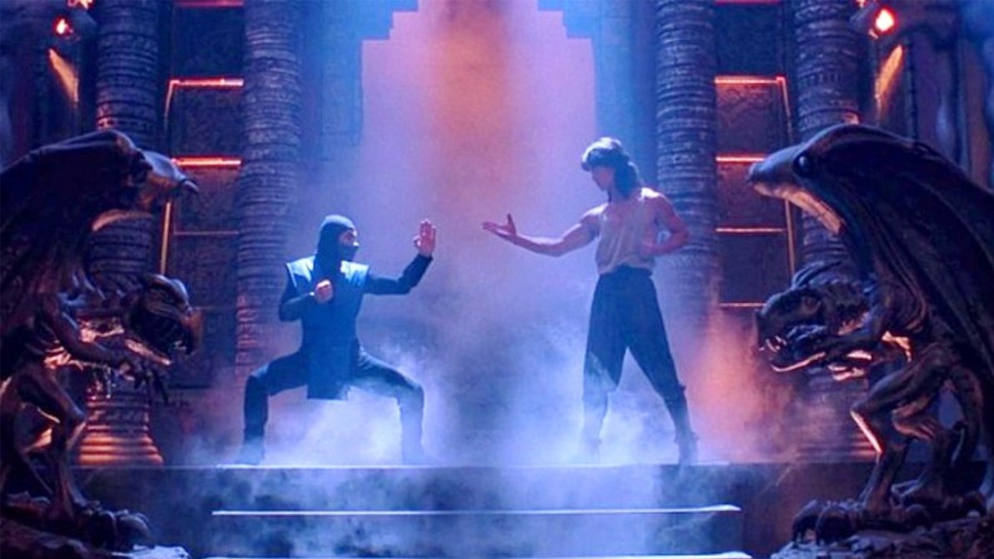 So, bad actors in lead roles, sometimes poor fight choreography and extremely dated special effects… Mortal Kombat isn’t a good film, but it does make for a good laugh with friends, so it has that going for it! More than I can say about the sequel, anyway…