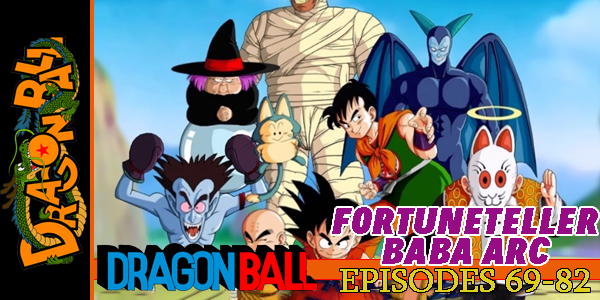 Time to wrap up this section of the Dragon Ball story, from Fortune Teller Baba to Grandpa Gohan all the way to the last episode of filler before the three year time skip, there is a lot to cover. In amongst invisible men getting nosebled on and devils fighting in a room adorned with a giant toilet, there is one of the best choreographed fights in the series. Intrigued? Read onwards as we wave a goodbye to the “classic Toriyama gag manga era” of the Dragon Ball series.

Goku is one Dragon Ball away from reviving Bora back to life, but the ball isn’t able to be picked up on the Dragon Radar. With no other choice, Goku, Krillin and Yamcha take on the other-worldly fighters of Fortune Teller Baba in order to get her to divine its location… 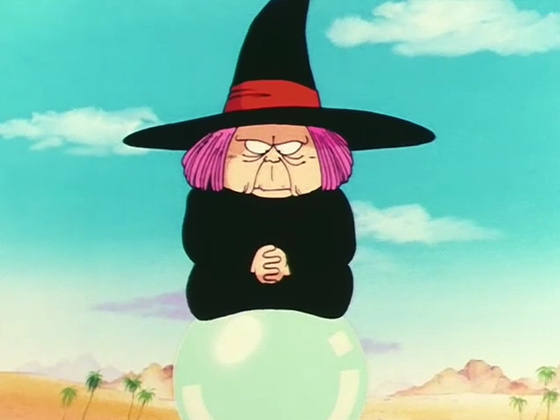 May as well start off with a picture of the woman herself, and then wonder “is it Fortuneteller Baba, or Fortune Teller Baba?”

It doesn’t take long for the fighting to start in this arc, with Goku, Krillin and Yamcha (accompanied by Bora’s son Upa and Puar) travelling to Baba’s palace within the first episode, but if you’re not a fan of the comedy then you’ve got a while to wait. In order for Baba to grant a wish the team has to defeat her five fighters, one after the other, which Krillin is all for as he jumps in first… only to get eliminated by the Vampire simply known as “Dracula Man” (renamed “Fangs the Vampire” in the English dub, which is a bit less on the nose… maybe?) Dracula man is soon defeated by the combination of Upa and Puar, the former using garlic breath and posing like the holy cross, and the latter using their transformation powers to slap the now-transformed-into-a-bat foe out of the ring as a giant fly swatter. The duo bow out of facing the next opponent and Yamcha takes centre stage.

His first opponent is the Invisible Man, and while his early strategy of listening out for his movements works, it’s blocked by Baba’s off-key singing, so Krillin comes up with a most… unusual strategy. He tells Goku to collect Master Roshi and Bulma, and when the two arrive he pushes Bulma’s breasts up and causes Roshi to have a titanic nosebleed on top of the Invisible Man, exposing him. Yep… I’m pretty sure there were quicker and less lewd ways of doing that, like using the water around the arena for example, but whatever! Yamcha beats him easily and everyone heads into the “Devil’s Toilet” to continue the contest, now in the knowledge that Baba is Roshi’s sister, which… sure, why not? Yamcha faces off with The Mummy and loses in order to save his own life, impressing Roshi, then Goku swiftly beats Yamcha’s foe. Our hero then faces off with the demonic Akkuman, who has a beam called the “Devilmite Beam” that will explode the hearts of anyone who has the slightest evil inside of them… but it doesn’t work of Goku because he’s pure hearted to a fault. Goku soon picks up a victory. 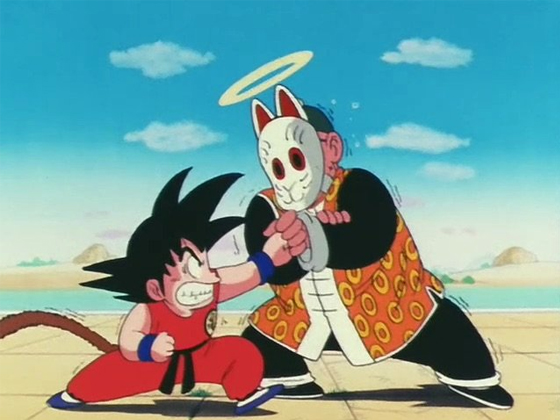 This fight is right up there with the best of them. It’s clearly used as a base for the great fights to come in the hand-to-hand heavy next half of the series.

This leads to the big showdown outside the Palace between Goku and the mysterious masked Fifth Man. The two have an amazing back and forth fight, with some properly great hand-to-hand fighting sequences and a few Kamehamehas for good measure. It’s soon revealed that the masked man is Goku’s deceased Grandpa Gohan, brought back to life for just one day by Baba (a power that would come in handy WAYYY later on in the Dragon Ball story…) After a teary reunion Gohan accepts defeat much to the dismay of Baba, who then divines the location of the final Dragon Ball. Goku pops over the location and sees that Pilaf, Shuu and Mai have the ball locked up in a special box and challenge him to a fight in their new combining mechs. Goku accepts, defeats them once again, and collects the final Dragon Ball. It’s a good bit of fun, and would’ve been Pilaf’s big return had they not already been used in filler at the start of the Red Ribbon Army Arc…

Goku summons Shenron and for the first time somebody is brought back to life via the Dragon Balls. Upa and Bora are forever grateful to Goku (though they’ll never really see each other again…) and everyone hears about the next World Tournament in three years. Roshi tells Goku to travel the world to further his training, as he can no longer keep up with him, and then takes Yamcha on as a student alongside Krillin. Overall it’s a mixed bag of an arc for those of you who like things a bit more serious (in which case the next three arcs will be for you!), personally a lot of the silly humour landed for me this time (apart from the nosebleed thing… That’s just… yeesh.) and the Gohan v Goku fight was great. 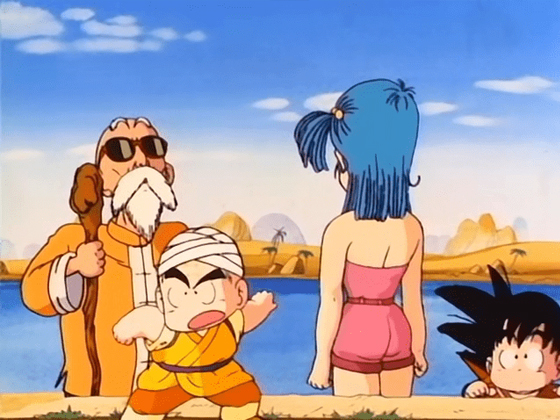 Oh lordy-lord. You know, I can’t off the top of my head remember how they censored this in the English speaking TV markets, but… I bet it was “by a lot”.

Well, ignoring the Roshi massive nosebleed due to breasts thing, there are some filler stories set in between this arc and the 22nd World Tournament. They’re actually pretty harmless, and most are based off of old Chinese and Japanese myths, like a duo named Kinkaku and Ginkaku having a gourd that devours people, the old giant creature named Ino-Shika-Cho, and even an old “rival dojos fight for supremacy” trope. They’re all myths and fables I first saw watching here and have since seen in several other shows, eventually learning their origin. They’re not terribly exciting, but I’ve seen much, much worse filler.

The main gripe is the Ino-Shika-Cho episode as it features Tenshinhan, Chiaotzu and Master Shen in it, just an episode or two before their official first appearance during the 22nd World Tournament arc. It’s completely pointless, they could’ve just had a villain of the week like the previous episodes and not had an unnecessary “turns out they met before” prequel story. Ah well… A minor wrinkle, in the long run. 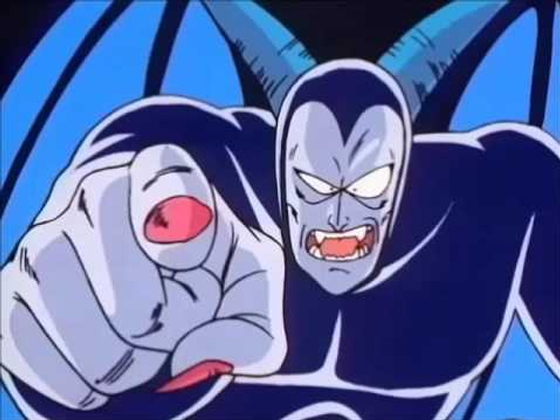 It’s Akkuman! Everyone’s favourite character in Budokai Tenkaichi 3 for the PS2! … No? Oh, okay then.

I enjoy watching the Fortune Teller Baba arc, but it is a mixed bag of a story. Lots of humour followed up by a great fight, then followed by a bit more humour before several decent-for-filler-but-still-filler episodes. If the sillier send ups of horror tropes don’t amuse you then you won’t be a big fan of what is, really, the final Dragon Ball story to be based mostly on comedy, but I enjoy most of it. A good send off to the original, Toriyama style gag manga phase of the Dragon Ball meta-series…