The surprise hit of the TV season, Legion is one of the most wild and weird and most importantly gripping series I’ve seen in a long, long time. Let’s have a look at the overall first season of the show…

David Haller was diagnosed with schizophrenia at a young age and has been a patient in various psychiatric hospitals since. After Haller has an encounter with a fellow psychiatric patient, he is confronted with the possibility that there may be more to him than mental illness… 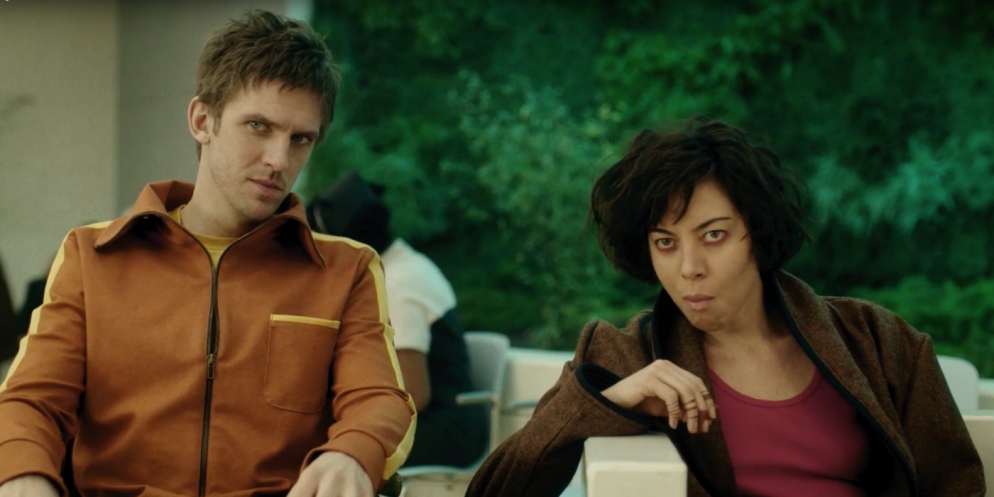 “I know we’re in a mental hospital, but… what decade are we in?”

David Haller (Dan Stevens) – The son of Professor X himself who instead of being raised in a mansion surrounded by those who understand him was sent to live in a normal household and was therefore diagnosed with schizophrenia. Thanks Dad! Turns out he is actually partly possessed by an evil mind parasite that his Dad thought he had destroyed but instead found its way into young David’s mind when he was a child… Thanks Dad!

Sydney “Syd” Barrett (Rachel Keller) – A young mutant with the power to switch bodies with whoever she touches, thus she is also a reclusive figure who is afraid of human contact. She eventually falls for David, which is awkward due to the whole no-touching thing… and the evil mind parasite thing, as well. Complicated relationships, eh?

Amahl Farouk / The Shadow King (Quinton Boisclair, Aubrey Plaza and others) – A powerful mutant who had his physical body destroyed by Charles Xavier and so retreated into David’s mind as a mental parasite, feeding of his mental powers and generally screwing his life up. He appears to David in various forms during his life, including his pet dog, his friend Lenny and a large, overweight grey-skinned demon with yellow eyes… I’m assuming the dog is his true form.

Melanie Bird (Jean Smart) – Leader of the group of mutants that takes David in and tries to train him in order to beat back the evil government group going after them. She also misses her husband who had vanished into the astral plane 20 years ago and hopes David can bring him back.

Cary Loudermilk (Bill Irwin) – A scientist who has the ability to … have a second person within him, who once out of his body is able to act completely independently.

Kerry Loudermilk (Amber Midthunder) – The second half of Cary, an adventures woman who only lives for action and therefore retreats back into Cary when he’s doing something boring like eating or sleeping.

I think we’ve all woken up in this situation at one point in our lifetimes… no? Just me then.

Plot-wise the show had me hooked from the get go. It starts off as an interesting look into someone’s past and trying to figure out the truth from fiction, but then turns into a bizarre battle across multiple plains of reality with revelation about lead character David’s mutant powers and how his schizophrenic behaviour is mostly due to “The Shadow King” Amahl Farouk. Farouk is a great foe, mostly because of his appearances as the rather portly, grey-skinned man with yellow eyes, and why that doesn’t sound scary, it was legitimately unsettling to watch sometimes, without the monster having to say a word. Farouk also appears as a giant cartoony-headed child character and as David’s “friend” Lenny, who steals the show here, I mean there are scenes in the last two episodes that were just brilliant, particularly a music montage and a silent movie style sequence where she is just so over the top yet completely believable.

Even better is they don’t skirt over the real problems of those with mental health, and in fact the last episode has David deal with his other self and coming to terms with his problems in the very uplifting and real way, rather than just passing it off as an outside force was the only thing to blame and that all people with mental health issues have some sort of curable cause rather than are actually suffering from things out of their control.

I enjoyed the show at the start as well, where it had the old mutants vs. the government thing going for it, but none of the characters on the show had your clichéd powers. No one was throwing fire or energy or flying, instead they had unique powers and still used them in combat in really interesting ways.

Syd and David’s relationship is really well written over the 8 episodes and ends up feeling so real, which is odd given the unreal circumstances that surround them. Hats off to both actors involved.

Oh and I also have to specifically mention Jemaine Clement’s Oliver Bird, who never failed to make me smirk or straight up laugh with his weird 70s suave-ness. In fact there is a few episodes in the astral plane / mental world where everyone is real life is moments away from being gunned down that might have been hard to follow if it weren’t for Oliver’s humorous explanation.

I also can’t praise the directing and set dressing. You have no idea what decade this is set in, and you’re constantly doubting if what you’re seeing is real or part of David’s mind, or a mix of both. I mentioned the music montage and the silent movie scenes, both of which were excellent, and there were many more, with use of quick cuts to freaky characters and general weirdness to disorientate you as you’re watching. 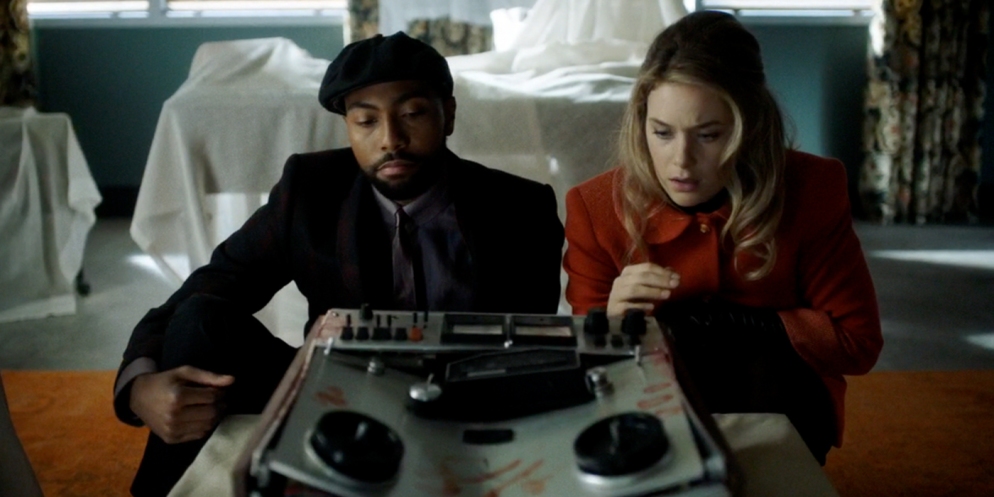 Uh-oh… it’s broken, covered in blood and clearly had significance!

Pffft. Not much. I will admit that the first four or so episodes maybe focus on David’s past a bit too much, though that might be just because I was watching it weekly. It maybe that it’s something that goes away if you’re binge watching something, which is a real point nowadays. Other than that, it was a damn-near perfect set of 8 episodes, and I wish I was doing this blog earlier so as to do an episode-to-episode breakdown, because it was THAT good. 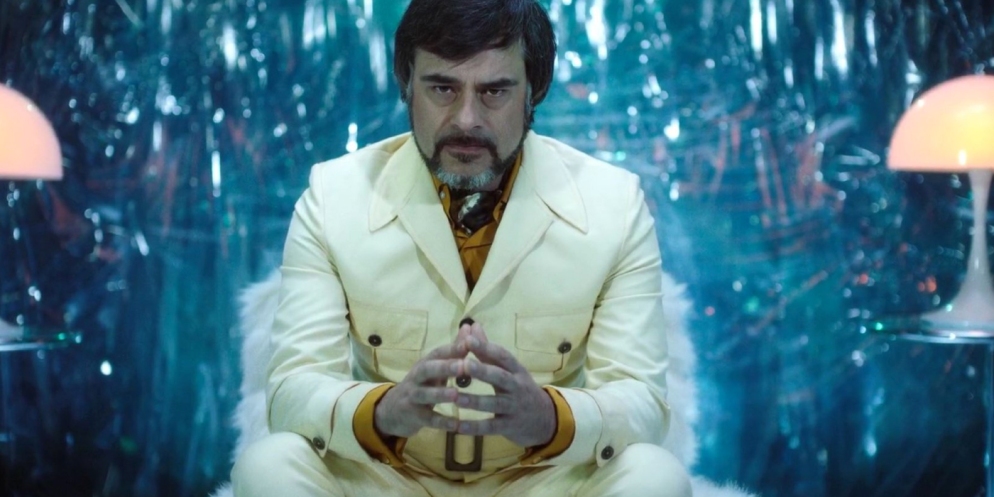 Possibly my favourite character. Reminds me of a 70s version of Matt Berry.

Watch this. Now. Go! Do it! Even if you don’t like superhero shows, then this isn’t that. I don’t really know what it is, but it’s an amazing ride from start to finish, and I can’t wait for more.