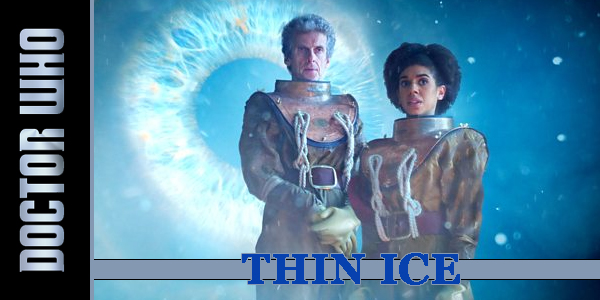 The 12th Doctor and Bill arrive in the past, ticking another time travel checklist box. Speaking of ticking boxes, it’s time for Bill to make the big discovery about the Doctor, and his… seeing people die problem…

The Twelfth Doctor and Bill visit the last great frost fair in 1814, but something sinister is lurking below the frozen Thames… 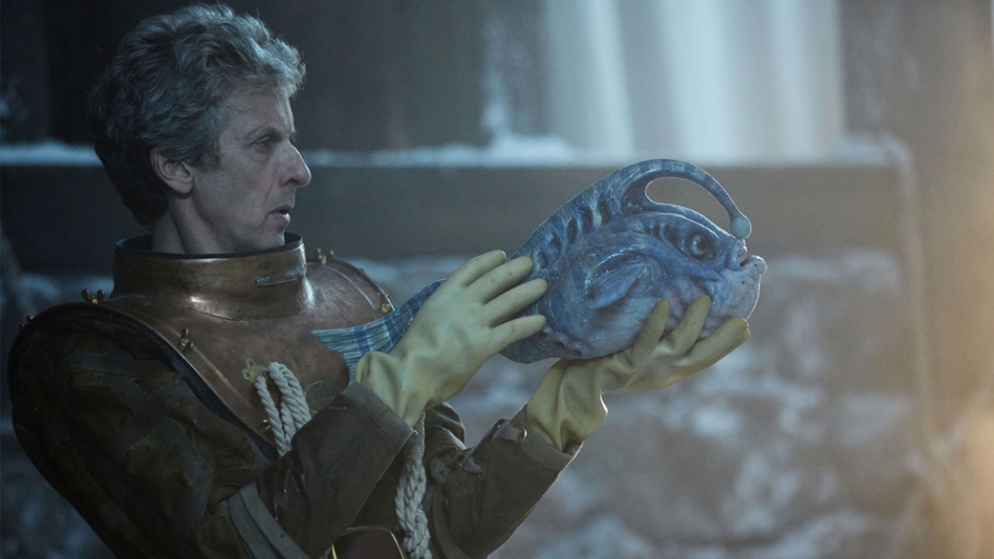 The Doctor (Peter Capaldi) – Traveller in space and time, finding his joy flooding back to him as he guides his new pal around the universe, dead children be damned!

Bill Potts (Pearl Mackie) – Getting to experience the thrill and fun of time travel, complete with death and disaster. Sounds about right for a Doctor companion, really…

Kitty (Asiatu Koroma) – The leader of a group of orphan pickpockets. An enjoyable Victorian cliché! 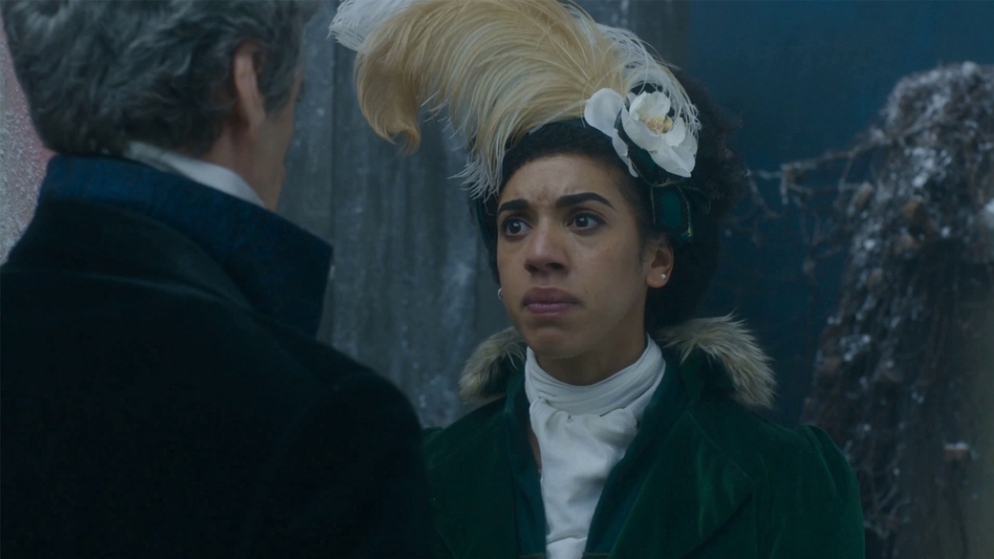 “So, you’re a time and space traveling alien, who isn’t phased by death… and you kill people… Alright. Let’s continue our adventure!”

The Doctor and Bill arrive in Victorian London and Bill immediately thinks about the whole slavery thing, which The Doctor coldly remarks is “very much still a thing” in response. Makes sense! Still, she walks around with him no trouble, and she even remarks that past is a lot more black than the movies would have you think, which leads to a great line by The Doctor: “So was Jesus. History’s a whitewash.” Ha! Anyway, my point here is they actually addressed the racism. Later when Bill is sitting on a chair with The Doctor waiting for Sutcliffe to come in, when he does he demands “that creature” get off his chair, which lands him a punch across the face. Now, I have a small problem with that scene which I’ll get to later, but I will give a round of applause for tackling the issue while still being funny.

I’ll also give them a round of applause for killing off an innocent child. Damn! I was fully expecting there to be some way around what happened, but nope… little kid got dragged underwater and eaten alive, his little hat floating by later… No wonder Bill was so confused about the Doctor not seemingly being bothered. Great scene, by the way. The Doctor remarking that if he stopped and grieved for everyone he saw die he’s never get anywhere, and then darkly confirming that he himself has killed “only when necessary”. Peter Capaldi is SO GOOD in these scenes. 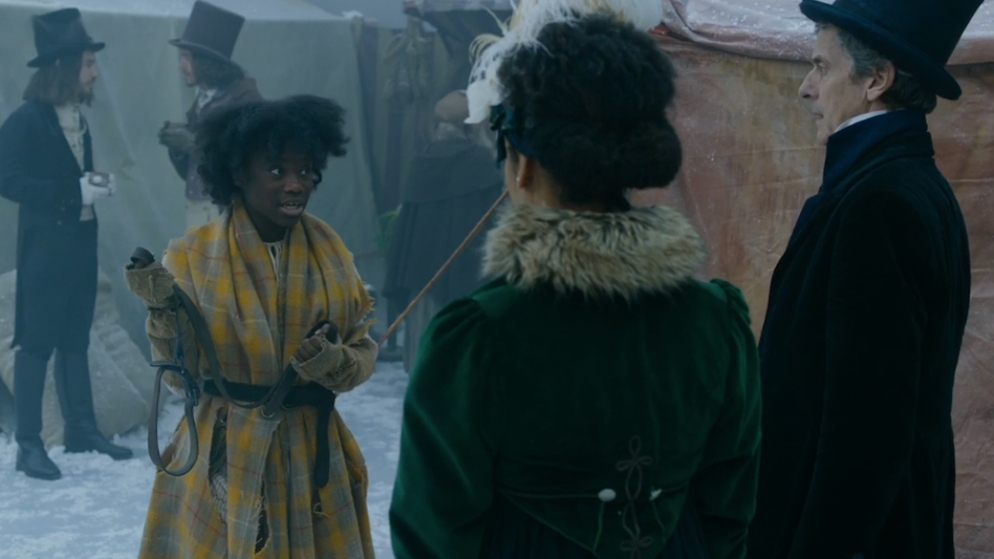 There are some really good shots here, particularly the scenes with The Doctor and Bill under the ice in old fashioned diving equipment and the large creature looming in front of them.

The ending was a bit… simple, but satisfying. It’s not great, but it certainly doesn’t need to be in the bad category. Basically the monster is freed, the lead villain is eaten alive (hooray for revenge!) and the orphans inherit the Sutcliffe fortune thanks to some jiggery-pokery the Doctor does. It’s nice. The mystery of the vault continues as well.

So The Doctor has just seen an innocent child get eaten alive thanks to Sutcliffe and his schemes, but does nothing as he comes in, until he spouts some racist insults, which gains him a punch across the face. Punching racists? Fair enough, but it gave the impression that The Doctor was tolerable with the child killing, but the racist remark was going too far!

That’s it really, it was a simple story that was really fun to follow. 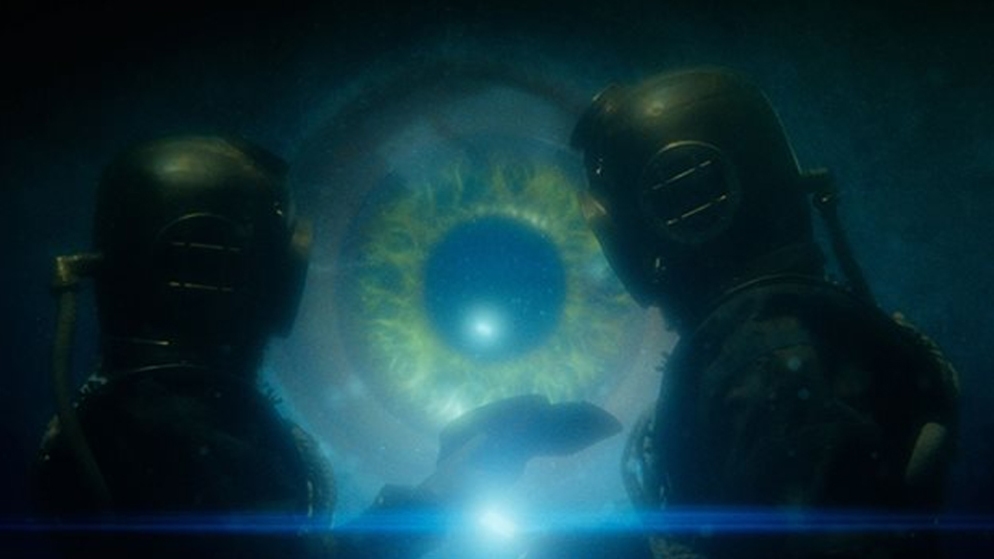 “I spy with my gigantic eye…”

The Doctor has been to a Frost Fair before, at least twice, as River Song mentions the Eleventh Doctor having taken her to one in the past, and the First Doctor visiting one in the audio story “Frostfire”.

The chained animal being used by humans and then later freed is close to the 11th Doctor story “The Beast Below”, though that’s where the similarities end.

Since the series returned in 2005 you get episodes like this, or at least you used to for the first five series. Nothing ground breaking, but a really fun 45 minute chunk of story. Fills some time in the series, but doesn’t waste your time. Great stuff.