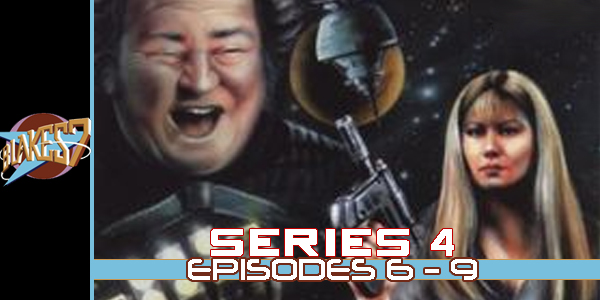 Blake’s 7 is nearing its end, so does the pace pick up? Yes! The last two episodes of this batch are really strong, and the other two are better than a lot of the opening five. Let’s take a closer look!

Avon and his crew in the Scorpio are determined to take down the Federation once and for all by gathering troops and people-of-interest at their new base before rallying the free planets to their cause. Easier said than done… 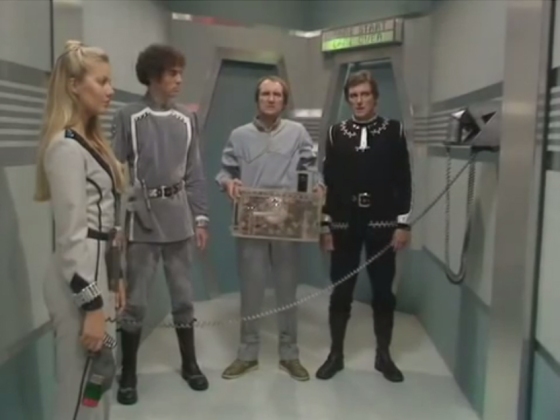 Five of the seven in one shot! A rare one…

Kerr Avon (Paul Darrow) – Avon never really wanted to be a rebel leader, but after years of travelling with Blake and his crew he is settling down to the idea. His cold demenour might be handy in some areas, but not so in others…

Vila Restal (Michael Keating) – Friendly thief who is also hesitant and cowardly, though will also do as he’s told in the end…

Dayna Mellanby (Josette Simon) – Tough weapons expert who occasionally gets to show it.

Del Tarrant (Steven Pacey) – Former cocky ace pilot, likes to sarcastically take orders from Avon, which is better than just being a prick like he used to be…

Soolin (Glynis Barber) – A woman who can draw a gun really quickly… she hangs around and occasionally says something.

Slave (Peter Tuddenham) – The bumbling A.I. of the Scorpio, for some reason programmed to sound insecure and pathetic.

Servalan (Jacqueline Pearce) – Sneering member of the Earth Federation who used to be President before it collapsed. Now wishes to regain that position under the name Sleer… 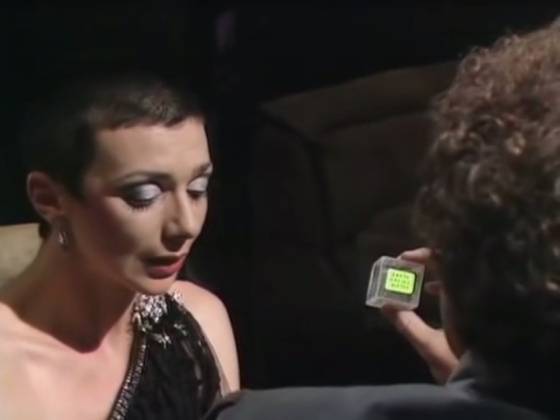 Episode 9, “Sand”, is the strongest of the lot this time. Tarrant ends up stranded with Servalan on a planet filled with killer green sand, meanwhile Avon and rest of the crew have to deal with being stuck in the planet’s atmosphere, as well as a sand invasion of their own. The highlight of the episode is Servalan, who claims to love a Federation employee who was previously stationed on the planet that she later finds dead. She and Tarrant bond as they’re trapped in a bunker, being ever surrounded by more evil sand, soon figuring out that its keeping them alive so as to have them make children in order to create more food for itself. They were literally cattle. It was an interesting concept in of itself, and the Servalan character development was welcome, even though I still feel it’s a shame she wasn’t kept dead from the last series…

Episode 7, “Assassin”, is a good “who dunnit” story on the spaceship, though it starts off as an infiltration of the slave trade network. An assassin named Cancer is hired to kill Avon and the crew so they get the jump on him first, or so they think. The overly evil man they capture isn’t Cancer, and as people start getting picked off they soon find out, too late, that overly scared and innocent slave Piri is actually the assassin. She is stopped in time, obviously, but it’s a good story overall.

“Games”, episode 8, is also very entertaining throughout. Belkov, a Federation employee who is in charge of a crystal mining operation, has exhausted the planet’s resources and hidden a bunch for himself on an orbiting station. He then invites both Servalan and Avon to cut deals with them, trying play them off against each other until he finds a viable way off with the loot. He loves playing games with his A.I., which eventually becomes his downfall. Also Soolin completes a shooting game challenge, which means she actually does something! It’s a good run-around, enough that it doesn’t deserve to be in the bad category, but it’s closer to the middle than the top of the hypothetical ranking list. 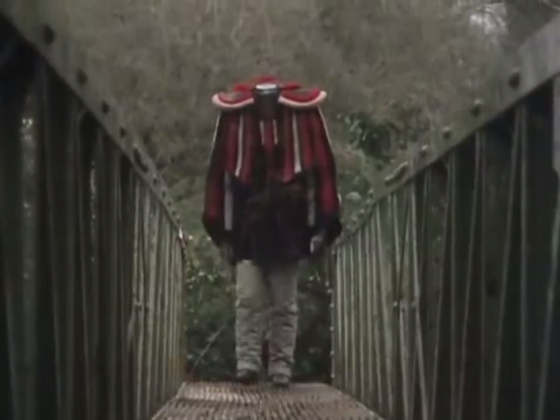 A headless android walking down a bridge in broad daylight. A common sight… Near me, anyway. Don’t know about you.

Episode 6, “Headhunter”, is a mixed bag. I like the idea of a rogue android that has placed his master’s head on its own body and pretended to be him, that bit is creepy, but towards the end of the episode it becomes a long corridor chase that ends in rather simplistic manor. Also Avon, the most calculating and level-headed of the group, thinks it’s a good idea to keep the technology around so they can use it, even though it took over all their systems and very nearly killed them all. He acts genuinely upset when Tarrant and Dayna destroy it… not in character at all. 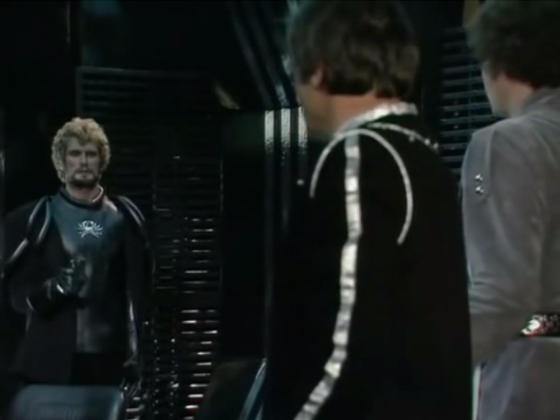 The fake Cancer was actually a really fun villain. Shame he wasn’t really a bad guy.

While I really enjoyed Sand, the other episodes were good but not as strong as a lot of the Series 3 episodes. Still, it’s not a complete drop in quality like I thought it might be, given I’d only ever really heard praise about the finale. Speaking of which, that’s up next!