After getting it as a Christmas present, I’m finally actually reading the latest Doctor Who Magazine collected comic release, “Doorway to Hell”, starting with these two stories! The Pestilent Heart is a good little story, and sets up a new and fun status quo going into at least the next few stories. Moving In? … Erm. Yeah. Not so good. Still, let’s take a look!

Synopsis (of The Pestilent Heart):

The Doctor is reunited with an old friend as a new threat surfaces in London, 1972.

The Doctor (Peter Capaldi) – The Doctor has vague memories of travelling with someone named “Clara”, but isn’t entirely sure what happened to her, or what she even looked like. Still, you can’t mope around forever!

Jess Collins – An art history student from 1972, she met The Doctor and Clara during an incident where her boyfriend was killed by the “Corvids”. Despite this she isn’t unhappy to see him, although things to start going a bit crap again as soon as he shows up…

Lloyd Collins – Jess’s father who works at the Brixton tube station. He’s about to have a very strange day…

Devina Collins – Jess’s mother who is your classic strict wife / mother who also clearly cares for everyone and is friendly in … most cases. 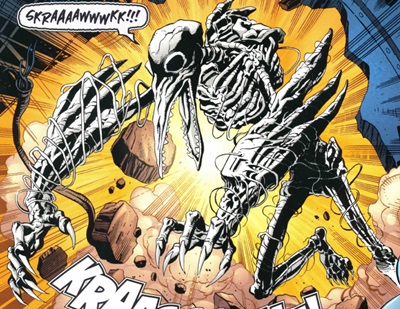 Not the weirdest thing to happen on the tube.

The Pestilent Heart is a fine reintroduction to Jess and a general intro for her family. Her parents and brother are a very believable family, there are some scenes, like when Jess meets her father coming back from work and they have a jokey chat about seeing the new Carry On film together, that give it a very real feel. The pleasant feeling is good because soon Lloyd transforms into a horrible bird-man thing and starts spreading a weird bird-man virus, and the panic and sadness in the family makes the stakes feel higher than if this were just happening and The Doctor was dealing with it by himself or with an established companion.

That all being said it was resolved pretty sharpish and with your usual technobabble about reversing the whatnots, but the key point is that the TARDIS was damaged during the incident and The Doctor is, once again, stranded in 70s London without a working TARDIS. He moves in with the Collins, setting up an interesting dynamic going forward.

Really liked the artwork in this story, but the way. Top stuff.

“Moving In” is a one-shot story split into four, each showing The Doctor hanging out with a member of the Collins family. Some of it is quite amusing, but the main problem is the artwork… Yikes. I think they went for a more comedic style, but it just looks… wrong. Really off-putting. Luckily it is just for this throwaway one shot, that’s for sure!

The Doctor and Clara met Jess and her ill-fated boyfriend in earlier Doctor Who Magazine story “The Highgate Horror”.

The Doctor has no memory of Clara, and therefore only remembers Jess and the Corvids. He oddly also doesn’t seem to remember Clara’s name, despite the fact that in the show that all he remembers about her, but whatever. Maybe he was just lying so Jess would drop the subject.

You’d think this would’ve made the news, really…

The Pestilent Heart is a fine story, reintroduces Jess and does a great job of establishing her family and the home where The Doctor will be staying for a while. Moving In is skippable, both for having no real impact on the plot, and for looking like crap. This is a tale of two very different stories, that’s for sure!