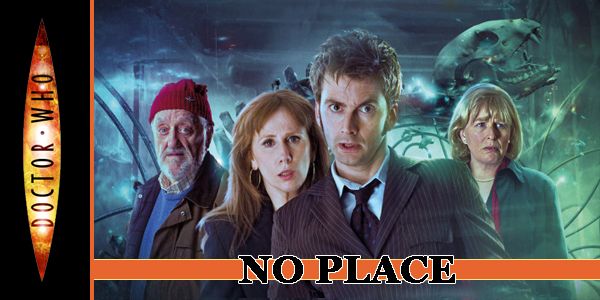 Kicking off the third volume of the Tenth Doctor Adventures then is a ghost story that is both a fun story in its own right, and a a great showcase as to why The Doctor and Donna are among the best pairing in the series’ long history. It also features both of Donna’s family members, which is great because it’s always nice to hear Bernard Cribbins! So let’s take a closer look then!

The Noble family are hoping to cast out a few spirits along with the old bathroom suite. Presenter Justin joins Donna, Wilf, Sylvia and the Doctor for the latest edition of his reality TV series.

Of course, Justin knows that any supernatural phenomena can be faked. Ghosts can’t possibly be real. Can they..?

The Doctor (David Tennant) – The Doctor has enjoyed his visit back to 2009 London with Donna, mostly because a few passing words about a nearby house and a popular TV Show has piqued his interest…

Donna Noble (Catherine Tate) – Donna is always happy to be home, though this time it’s less about seeing her Mum and Gramps again, and more about haunted houses… and being married to The Doctor?

Wilfred Mott (Bernard Cribbins) – Wilf is quite a lonely soul, but he is extremely protective and proud of his granddaughter Donna, and her new travelling companion.

Sylvia Noble (Jacqueline King) – Sylvia is the daughter of Wilfred, and the mother of Donna. She’s very neat and proper and disapproves of Donna’s choice to leave Earth and go travelling with The Doctor. Still, her most recent return has seen them buy a big house and invite one of her favourite TV shows over, so it’s not all bad…

Justin (Joel Fry) – Justin is the host of “Haunted Makeovers”, a show where he debunks the supposed haunted locations he goes to, and offers ways to decorate them. It’s an odd choice of career, given what has happened to him in the past…

Plus one or two more! 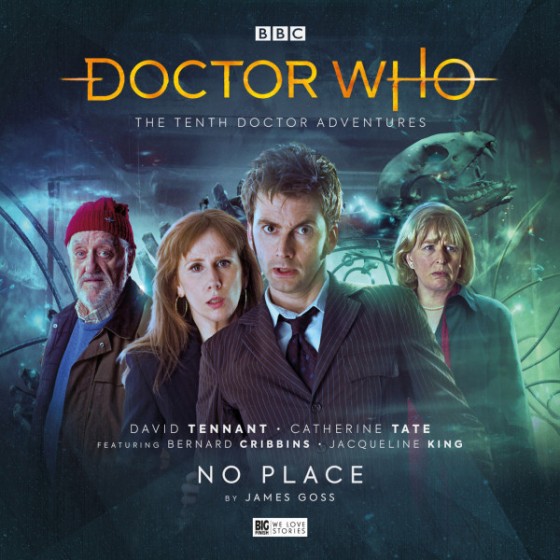 A good cover, mostly because there are so few Tenth Doctor audios that the promo shots haven’t become over-used yet!

The main thing that stands out with this story is how, once again, The Doctor and Donna make a great double act, especially for the first half as the two have to pretend to be a couple in love, including smooshy love language. You can tell Tennant and Tate are having a ball with the material, which certainly gives everything a fun vibe… Well, until the ghosty bits start happening.

The main twist is the skeptic hosting the Most Haunted-come-Homes Under the Hammer parody show was actually previously the caretaker of a supposed haunted house who tried to burn it down before vanishing. The Doctor hears the story, and decides to not only buy the large house, but to immediately get Justin and his crew down to film it. Soon enough some spooky poltergeist stuff start to happen, Justin’s crew legs it, and The Doctor uncovers a hidden room with weird alien skeletons, one of which tried to unearth itself to freedom, but failed. More spooky stuff and The Doctor reveals all, and frees Justin of his slight possession at the hands of the aliens who were imprisoned there.

It was a fine little story, made good by the cast. Bernard Cribbins’ Wilf was great in his few key scenes, at one point likening The Doctor to a fire as he too “helps humanity, is so bright and keeps away the darkness”, or some such Russell T. Davies’ like speech. It was good though, and very in-character. Overall there isn’t a lot of “action”, so to speak, but it was very entertaining.

Not much, they even did good given the reduced runtime. I will say that Sylvia Noble, much like in the TV show, added very little to the story, and was seemingly just there to complete the set for the reunion. 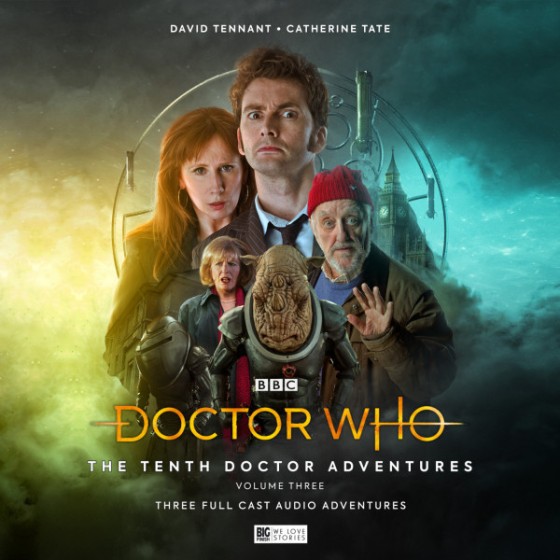 The overall cover for the set… quite heavily skewed in favour of this story, really!

Not much to say, unless you want me to list every Doctor Who story featuring ghosts that turn out to be aliens, but that may take a while. The story is most strongly connected to the Eleventh Doctor TV story “Hide” though, which deals with a big house, poltergeist-style events and it turns out to be an alien creature’s mental influence.

At one point Donna mentions the “bees disappearing”, which is a common phrase / event brought up in several Series 4 TV stories featuring her.

No Place is a fine mini-story (or regular length story, given it’s Doctor 10!) that has some great interactions between The Doctor and Donna, and a perfectly serviceable main story. Plus Bernard Cribbins pores on the charm, as always. A good start to the set.