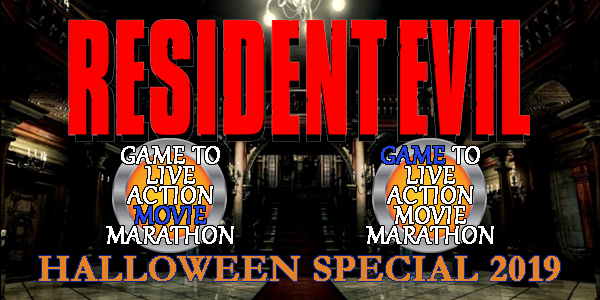 Although it didn’t match exactly up like I’d hoped (I still have to review the original two Tomb Raider films) given it’s nearly Halloween and doing some sort of countdown / marathon to do with it is all the rage, I thought I’d get the six Resident Evil films “out of the way” in my Game to Live Action Movie Marathon, so I’ve tied them together! Over the next six days, starting tomorrow, they’ll be one set of a movie and a game from Resident Evil each day, ending on November 1st, because I can’t count, apparently… (note some of the games don’t match thanks to the first three games, plus the remake of 2, already having been covered on the blog!)

Did I enjoy the films after years of avoiding them like the plague? Find out!