In the first of a series of… a few reviews that were partially written or had lots of notes in preparation for a review but I never got round to doing it back during the super-busy time, it’s time to look back on Jessica Jones, and indeed the Netflix MCU in general’s, final season. Does the series of series that produced some absolute classics like most of the Daredevil run and the first Jessica Jones season go out with a bang? … Nope. Sadly, it may go out on the worst season of them all…

Jessica Jones has returned to helping people, albeit in her usual cynical way, but is becoming uncomfortable with how people are perceiving her as a hero. Meanwhile Trish Walker will soon discover her dream of becoming a hero might not be all it’s cracked up to be…

Lets start with a shot of a psychopath. Why not?

I guess the main thing is that Krysten Ritter is still great as Jessica Jones. She may not have much to work with this season, but there are moments, especially towards the end when she’s having to deal with both a deadly serial killer in Gregory Salinger (Jeremy Bobb) and her old friend Trish Walker (Rachael Taylor) going off the wall and trying to kill Salinger herself, when she shines. It was a good three-way story, with Jessica knowing it would better punishment for Salinger to rot in prison, Trish wanting to kill Salinger for killing her mother, and using the fact that Jessica had killed Killgrave back in Season 1 as a reason that Jessica is being contradictory, and Salinger meanwhile wants to expose so-called heroes as the true villains and so in having two “heroes” desperate to kill him is actually making him “win”. Although he was no Killgrave, Salinger was at least a believable serial killer, which made it easy to route against him. A scene where Jessica humiliates him in front of his self-defence students was brilliant.

Much to my surprise, in the end Trish actually brutally kills Salinger with her new powers she got at the end of the previous season, and then Jessica helps track her down and stops her from fleeing the country, giving her old friend over to the authorities and watching her taken away to the Raft (super-powered people prison). I just assumed she’d come to her senses and the end would be Jessica and the super-powered Trish as a duo, so it was nice to be surprised.

Who is this man? Why, read the paragraph below to find out!

The only other character that I enjoyed was Erik Gelden (Benjamin Walker), who had the unique power to psychically feel evil, getting a headache when someone who has done wrong comes near him. He had been using this power to blackmail people he gets a powerful headache from, giving them notes of “I know what you’ve done, drop X amount of money here or I’ll tell everyone” which was a fun idea. He becomes a love interest for Jessica, and you do spend a good chunk of the season wondering if he’ll turn on her, or sell her out because he does seem like that kind of guy, but he doesn’t! He’s just a fun, sarcastic character.

Oh and the cameo from Mike Colter’s Luke Cage was good, though the foreshadowing that he might need Jessica to stop himself in the future will now never get played out…

Man, if only Trish had killed her here… and if only this was at the start of the series…

So in Season 2 I remarked that the whole subplot of super arrogant and nasty lawyer Jeri Hogarth (Carrie-Anne Moss) becoming ill completely bombed with me because she was so unlikeable that I didn’t care what happened to her… Just take that, then amplify it by 100. Jeri is once again worried about her ever deteriorating health and unpleasant future, so looks to get back with her old flame so ruins the life of her current husband, then seduces her and then it all backfires and… man, I didn’t care. In fact I often found her a repulsive character, so the fact that I was supposed to find her interesting and not a villain shows the writers were… off on their ability to write her.

To make matters worse Malcolm (Eka Darville), one of my favourite characters from the first two seasons, is drawn into her world of backstabbing and blackmailing and has his own subplot of cheating on his current girlfriend and generally being a stupid bastard. Thankfully he does actually get redeemed somewhat towards the end, and thanks to him being so well written in the seasons beforehand it felt like a classic “fall and then rise again” story, but the combination of this and the Jeri stuff meant a lot of episodes had me being tempted to hit the fast-forward button.

Oh and before Trish became interesting at the end, she spent most of the season being controlled by her unpleasant mother Dorothy (Rebecca De Mornay) and appearing on cheesy advert shows, all while trying to be a masked hero but often failing. The latter part was sometimes interesting and played into the good part of her character, but the former, again when matched up with the above two paragraphs, meant that first half of the season… wow. I went from watching one or two episodes a day with all other Netflix MCU stuff to watching this season one episode here and there for weeks. 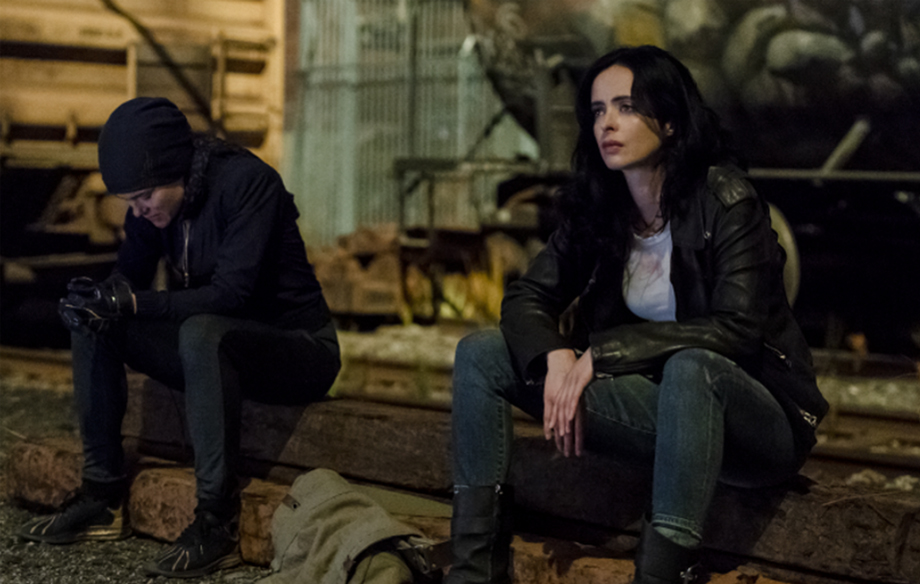 Towards the end there was a 50-50 split between good and bad, but the first half or the show there was barely anything to like. Even Jessica was ill the first few episodes so wasn’t her usual enjoyable self, so it was a real slog. The ending was good, but it wasn’t worth the torture that came before it. A real sad end for the Netflix MCU, and if it does get officially re-canonised in the future, they can feel free to just not mention this season…