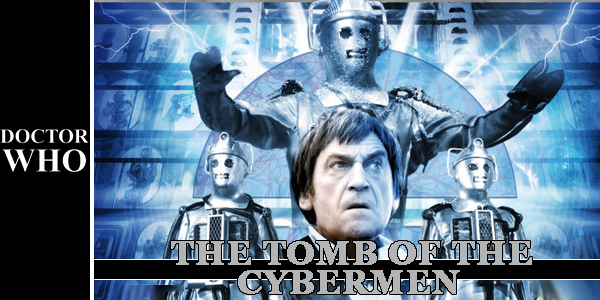 Well, if you had to pick a Patrick Troughton / Second Doctor story to start with, you can’t get more predictable than this! Seriously, if I knew these stories would be on my blog first, I would have picked something less obvious. Still, I would have got to it eventually, so… off we go!

For centuries, the disappearance of the Cybermen from the universe has been a mystery. The Doctor, Jamie and Victoria arrive on Telos – once the Cyber home world – just as an Earth expedition uncovers the entrance to a long-lost control centre filled with baffling technology.

With the Doctor’s help, the archaeological party to discover the last of the Cybermen, frozen and entombed in a vast underground cavern. But by entering the tombs, the humans have sprung a fiendish trap. All around them, the Cybermen begin to rise from the dead… 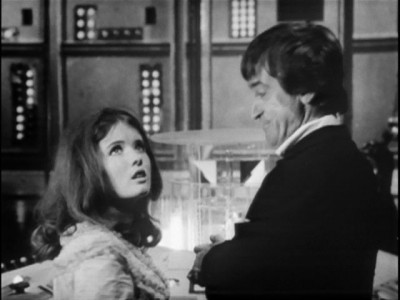 “Oh no, Doctor! It’s the ceiling! I’m so scared and helpless!”

The Doctor (Patrick Troughton) – Mischievous and silly, yet thoughtful and brave incarnation of the Doctor. Fighting the evil that must be fought!

Jamie McCrimmon (Frazer Hines) – Brave Scot from the highlands of mid-18th century Scotland, Jamie is enjoying his chance to travel the universe and help those in need, especially given one that is always in need is travelling with them at the moment…

Victoria Waterfield (Deborah Watling) – Victoria is from the Victorian era, and is every bit the “helpless girl” that … well, a lot of them were at the time (through no fault of their own). I mean, I’m pretty sure she’s afraid of her own shadow…

Professor Parry (Aubrey Richards) – Head of the expedition to Telos, Parry is excited to be seeing the ruins left by the fabled Cybermen for himself! … Yep, that’ll go well.

Kaftan (Shirley Cooklin) – She, along with her colleague Eric and servant Toberman, provided the money for the expedition to Telos, but it must have slipped their mind when it came to tell everyone else that it was all in order to form an alliance with the Cybermen to help their want for more power in their homeworld, rather than anything archaeological…

The Cybermen (Peter Hawkins) – What was left of the Cybermen of old combined with a cyber-converted army of innocents, lead by the Cyber Controller. They use Cyber Guns when they become free from their Cyber Tombs. They also have a lack of emotion, which includes imagination, I guess… 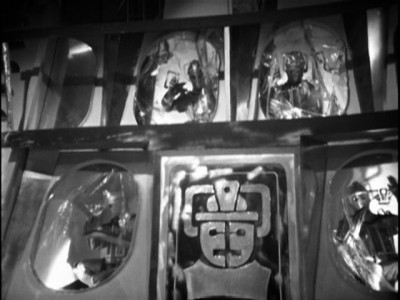 The trio of The Doctor, Jamie and Victoria works really well in this story. The Doctor is the father figure, Jamie the big brother and Victoria the shy and timid little sister. It really feels like a family going on an adventure, rather than The Doctor and his companions, like usual.

The main plot has some good in it, the old archaeological expedition gone wrong is a classic and the scenes with them stranded in the tombs, having to sleep in the main chamber while the ship is being repaired sets a good mood. The non-Cyber villains of the story, George Pastell’s Eric Klieg and Shirley Cooklin’s Kaftan set up the initial awakening of the Cybermen well and in a believable way, though less can be said about the second time, and other things… (more on that later). The plot is nothing original, but it does what it is well.

The Cybermen themselves look good, have the old 60s robo-voice thing going on, and the scene of them breaking out of the tomb is iconic for a reason, its brilliantly shot and was a great bit of set building for the time. The fact that they are remnants of the Cyber race trying to convert people to “be like them” in order for their race to survive is a good spin on an otherwise copy and paste “we want to take over your planet” race that they were becoming, and would become for most of the rest of classic Who (though I think the “new Who” series has ran the idea into the ground, but that’s neither here nor there).

The addition of “Cybermats” little mouse-sized creatures that clamp onto their victims added an extra scene of tension here and there. On that note, Part 1 does a great job itself of delivering tension, with the group split into smaller parties and wondering around the tomb, uncovering old Cyberman stuff and getting killed because they were being nosey.

The ending is good too, with the Cyber-Controller (they now have a hierarchy of power!) chasing the group around and out of the tomb. 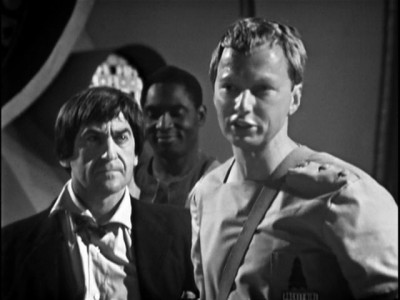 Is it racist to make a racist joke to make light of something being racist? I’d better not, either way…

Lets get this out of the way. Yes, the two human villains are the only non-white members of the cast, with the exception of black actor Roy Stewart… who plays the silent manservant called “Toberman”, who uses his “freaky strength” to save everyone in the end. It’s on the racist side of things, but it was also 1967. I won’t list it as “The Good”, obviously, but for things like this you do have to accept that you’re watching something that’s old and shouldn’t be held up to current standards.

Speaking of the human villains, I liked the idea that they wanted to revive the Cybermen so they could command them to take out their rivals, but once it became apparent that wouldn’t work, I really don’t understand why they try it again just because they have a single Cyberman gun… I mean, come on, did they really think a single gun was going subjugate an entire race of emotionless killers?

I know it’s the 60s, but does Victoria have to be so afraid of… everything? I was expecting a scene where she screamed and hugged the Doctor saying she was so scared of a slightly wobbly chair or something.

Austria-born George Roubicek, who plays ship captain “Hopper”, has an American accent that leaves a lot to be desired. A LOT.

Not including every other story involving Cybermen…

Sixth Doctor TV story “Attack of the Cybermen” is a direct sequel to this story, and sees him and companion Peri end up back on Telos where the Cyber-Controller has survived the end of this story and revived the rest of his people.

The two-story Fourth Doctor audio drama “The Fate of Krelos / Return to Telos” take place during this story, and includes a scene where the Fourth Doctor stops time travelling Cybermen from altering the outcome of events. 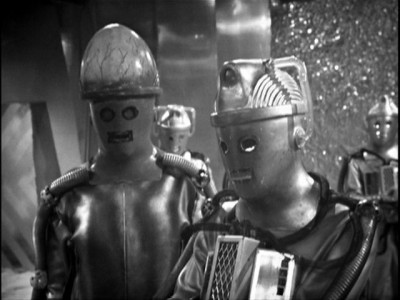 The fact that he’s half-Cyberman, half-egg means he’s the leader!

This story first had a legendary reputation, then when it was actually found and released, the reputation slowly lowered, and lowered, then increased a bit before levelling off as just splitting opinion. Some love it, some say it’s overrated and crap (or racist…) My opinion? It’s a fine slice of Second Doctor era “base under siege” with the added bonus of being complete, a rare thing for a Season 5 story. It’s an enjoyable way to spend an hour and a half-ish, and there are worse stories out there in the Troughton era. Are there better ones? Oh yes, absolutely. This is a fun story, but it falls somewhere in the middle of the scale for me. It’s good, just not great. Still recommended, though.