The Walking Dead’s Seventh Season comes to a close with 7 episodes of build up leading to a brief skirmish that the only served to set up Season 8. Kind of annoying… but still, let’s take a closer look!

Rick begins his quest to unite the various settlements to fight against Negan, but things are never going to go that smoothly in this world!

“How come the three of us never hang out and chat any more?”

Rick Grimes (Andrew Lincoln) – Leader of Alexandria and general lead protagonist. Rick has crossed so many lines that he is now nearly as twisted as the people he previously killed “because they went too far”. It’s an interesting character arc to follow across the series as a whole, and only strengthened here.

Daryl Dixon (Norman Reedus) – Near-silent Southern bad-ass doesn’t actually get up to much this half of the season, still recovering from his torture at the hands of the Saviours. Ah well.

Negan (Jeffery Dean Morgan) – Charismatic arsehole in charge of The Saviours. Likes to charm potential recruits while simultaneously showing them the results of betrayal to ward them off. Not so much barbed wire batting to death this time, but some head-into-furnace action instead, so… hooray?!

Michonne (Danai Gurira) – Katana-swinging lover of Rick who is still able to survive with the best of them, and more than willing to kill and generally take down the Saviours.

Morgan Jones (Lennie James) – Formally the first survivor Rick ever met, and then formally a mad man lost to grief, and now a man who swears to never harm another living person again… at least until one betrays him and gets a young man killed. Then he goes mad again! Take that, illogical life-choice for a post apocalyptic world!

Sasha Williams (Sonequa Martin-Green) – Survivor whose only real claim to fame was getting off with now-dead Abraham. She finally does something this season… in her death. Well, that’s better than some have done!

Rosita Espinosa (Christian Serratos) – Woman who previously was just there, now is mad due to Abraham’s death and goes around being annoying, and then doesn’t even have the common decency to be killed off.

And many… many more! 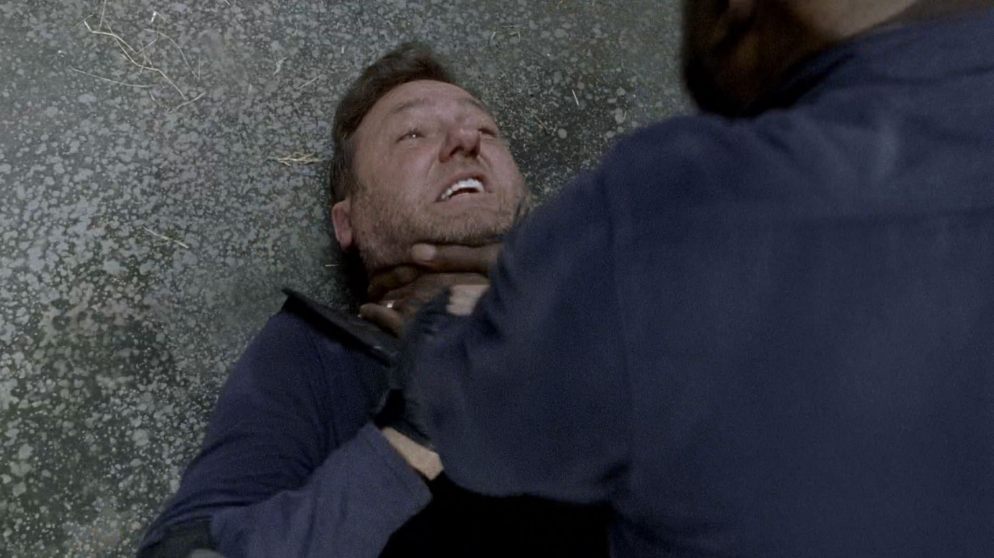 Seems wrong having a picture like this under the headline “The Good”, but there you go…

This half of the season did feel very slow paced, but the finale at least was exciting… in the last third. In fact seeing the entire cast come together in a large fire fight was like a big cross over movie due to how long they been paired off (due to wage-related budget reasons…) Even seeing Negan alongside the ever-great Simon was almost surreal.

Morgan’s development was good. He found peace, but then when he lost someone close to him due to the stupidity of another, he goes back to crazy “just lost my son” mode. It will be interesting to see him and indeed Carol, who now has found out about everything and has also gone back to bad-ass mode, in the up coming war. Will they hang on to their old selves, or will recent habits kick in at inappropriate times?

I love Rick’s character development. The man who once threw Carol out because she had killed some people to stop the potential spread of a disease is now leading a group of armed men to take the weapons stash off of a group of women so he can “save them” along with his own. If the story was centred around Oceanside Rick and co would be clearly the bad guys, or at least a side-group of baddies to go along the Saviours. But hey, that’s what living in this kind of post-apocalyptic world will do to you! 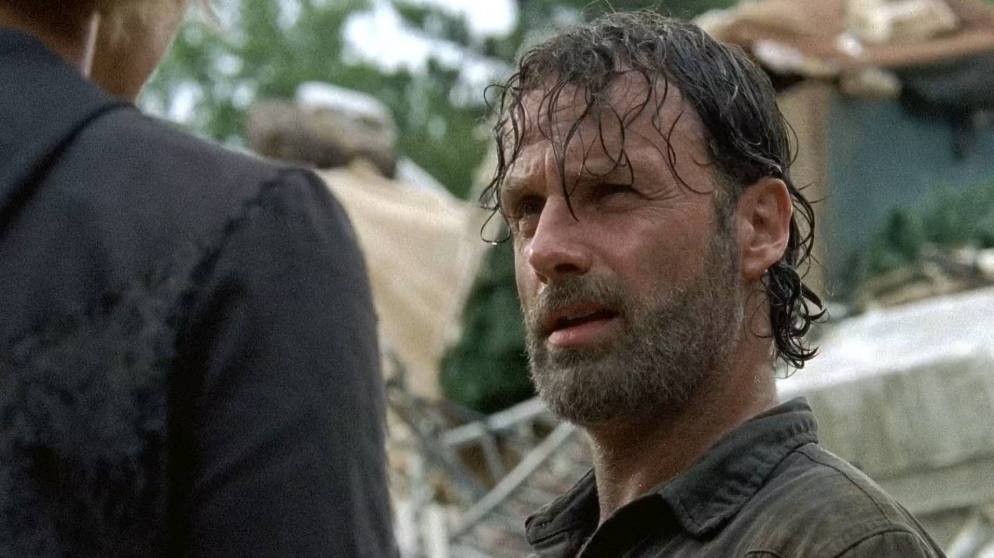 This was my expression during the whole of Episode 10.

The Scavengers. A new group of survivors living in a junkyard that talk in simple phrases like something out of Mad Max. Yeah, funny as it was, the world only ended two-ish years ago, how did their manor of speech fall so low so fast? It just comes across cheesy and completely out of place. I was disappointed when their leader survived the final episode.

Episodes 9 – 15 are very slow going. Rosita acts like a sulking brat, Rick and Michonne spend a whole episode showing how there is nothing to fear from the zombies any more, and I’m sorry, but I just didn’t care about Sasha, so having most of the final episode going to giving her an emotional send off was a waste. It’s one of those things that if you’re binge watching several episodes a night then it won’t be so bad, but some weeks were real slow going.

Not sure what to say about Eugene joining the Savours. He is kidnapped and shown that if he says no he’ll be straight up killed, so I don’t blame him. He’s always been weak and cowardly, so it makes sense he’d fall under the Negan spell, so to speak. But the scene where he takes a bunch of stuff from a seller on Negan’s weird common people market place and gets no comeuppance annoyed me. I’m not saying the writing is illogical, I just didn’t particularly like his scenes in this half.

The annoying and the boring, together at last?

This half of Season 7 was all build up to the “All Out War” that’s going to take place in Season 8, therefore it feels like all build and no pay off. In a few years when you’re marathoning the whole series it won’t feel so bad, but as a thing to watch over eight weeks it was a little annoying. Plus the Scavengers left a bad taste in my mouth for the second episode, and most of the final episode wasn’t all that interesting. A bit of a slip up, in the end then, but hopefully Season 8 will make us forget…