Sapphire and Steel moves onward with a far better second story. It may be a tad overly long at 8 episodes in length, but you can’t fault the world building and the mystery at the story’s heart keeping it going along, nor can you fault the great final part of the story. Let’s take a closer look!

In an abandoned railway station, ghost hunter George Tully conducts an investigation. His solitary task is interrupted by the two interdimensional operators, who have an investigation of their own. A sinister, growing force known as the Darkness is feeding on the resentment of the dead, using as a focus Private Sam Pearce, the apparition of a World War I soldier shot and killed eleven minutes after the armistice. The Darkness soon recruits other resentful shades from the past who also died unfairly as a result of a coming or completed conflict. It is up to Sapphire and Steel to decide if the life of one living human is worth the price of the danger presented to Reality.

Sapphire (Joanna Lumley) – One of two mysterious elemental entities that arrive in the abandoned railway station to find out what is behind the odd apparitions and goings on. She has a kind soul to her, unlike…

Steel (David McCallum) – Steel is another elemental entity that has arrived to figure out and stop whatever is behind the strange occurrences in the old abandoned railway station. He has a rather cold and harsh personality…

George Tully (Gerald James) – Amateur “Ghost Hunter” who has been staking out the abandoned railway station for some time, and doesn’t take kindly to the new arrivals…

Private Sam Pearce (Tom Kelly) – Sam was unfortunately killed eleven minutes after World War I ended, and resents his death because of this reason. “The Darkness” exploits his resentment for its own ends, without Sam knowing his true fate…

Plus one or two more! 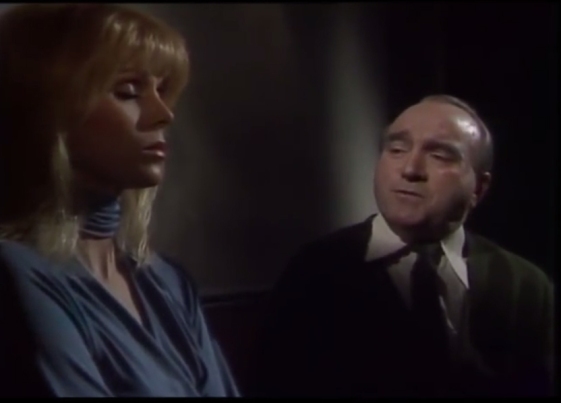 Once again what we don’t know really gives the story a good feel, with Sapphire and Steel still being unknown beings to us the viewer, and the formless enemy they face just being a mysterious “force”. It works really well! The last few episodes really keep your focus, with more unfortunate ghosts appearing and Steel getting ever more pissy about being toyed with.

Say what you will about the ghosts, but it’s George Tully I felt sorry for in the end. For the whole 8 episodes he’s just a nice middle-aged man who happened to get himself caught up in all this other-dimensional nonsense, and then the ending happens… Steel bargains with “The Darkness” to free all the spirits it had captured in exchange for one man who’s still living and is a few years away from his predetermined death. The apparent contradiction would give The Darkness more of a meal. Poor old Tully is of course who Steel meant, and throughout the last two episodes he’s completely frightened of the Darkness and wants to go home, but instead Steel keeps him around. Right at the end he asks Steel if they’re “winning” and Steel coldly responds “yes, now go back to the bridge” and then we hear a scream, and that’s that. The problem is solved, but at the expense of a completely innocent man’s life. Powerful stuff, really. Doctor Who taught me to expect some ending where Tully was alright in the end, but nope. Steel just gave up his life to end the problem, and then moved on…

I did like the idea of a mysterious entity that was feeding on the spirits of people who were unfairly killed. Steel being confused because “soldiers know they could die when they go to war, so it shouldn’t cause this” added a nice little hint of Sapphire and Steel once again being something we just don’t understand. There is no explanation, just a few little lines that show they know more than any of us.

The ghosts themselves were mostly just standing around, but “Private Pearce” was a treat. He started off just a regular spooky person walking around, but we got his life story, complete with tragic end, and then we see him be quite… evil, I suppose, is his dealings with Steel (not that Steel didn’t deserve it, really…) It was a fun premise and well acted.

Very few Doctor Who serials went over 6 or 7 episodes, and some of those go on too long. This being 8 episodes was definitely too long, some of the first four episodes really drag on. I understand the argument of world building and slow drips of story leading to a pay off, but you can’t tell me that some of the first few episodes couldn’t have been cut down. Make it a 6 parter like Assignment 1 and it would be a lot better, in my opinion. 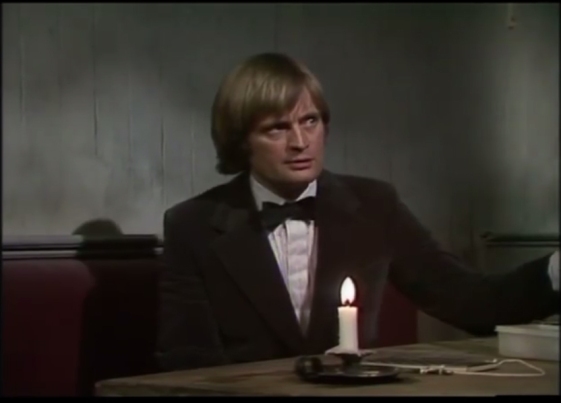 At least I made good on my promise to have a proper picture of Steel this time round!

Assignment 2 is a great improvement over 1. No annoying child actors, the plot is more dark and interesting, plus it had a rather harsh and unexpected ending that certainly stuck in my head for a while afterwards. I’m glad I heard about this being most people’s favourite story, because I needed a good reason to continue on with the series after an average start might have made me put it off for a while. I hope this is a sign of things to come, rather than a one-off…