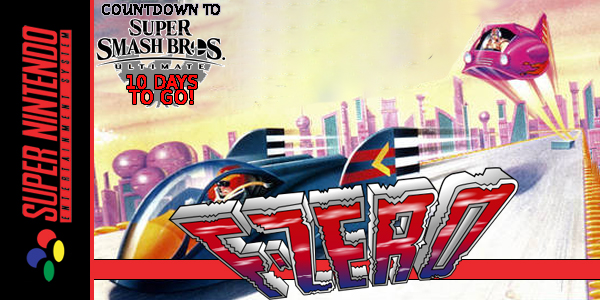 F-Zero was one of those launch games that made you want the new console straight away. I can’t remember where I saw it advertised, whether it be an actual advert or a TV show like Games Master or Bad Influence, but either way when my brother got a SNES and had F-Zero it looked like the coolest thing in the world. I was pretty terrible at it, and admittedly now I’m only okay, but it doesn’t take away from how great this was at the time, and how still good it is right now (even with superior sequels). Let’s take a look!

F-Zero was released in Japan on November 21st 1990, in the US August 23rd 1991, and in Europe the following year. It was among the launch titles for the SNES in all countries, being one of only two in Japan.

It would obviously spawn several sequels (and then sadly stop…), each building on the last, and the original itself has been re-released both physically and digitally multiple times since. The four selectable pilots, Captain Falcon, Dr. Stewart, Pico and Samurai Goroh, and their hovercraft all appear in each game in the series. 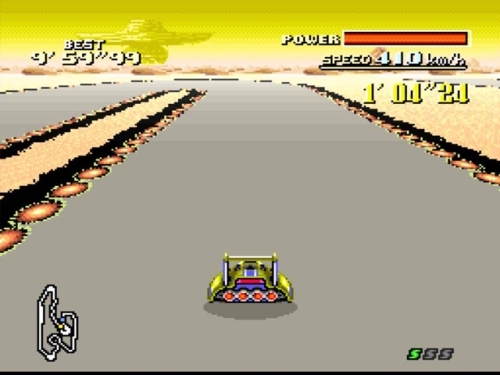 A yellow car to match the sky…

Race one of four selectable hover cars across the track, bashing your opponents or getting knocked around yourself. You can also take damage from the borders around the track (or just plainly fall off the tracks entirely…) or get slowed down or get your grip lessened by track environments like mud and ice. You can regain health by driving over special purple re-charge pads (Is that the term?) that are on either side of the track at certain points, normally just after the starting line. You can also gain a four-second speed boosts after each lap.

You can race through the Knight, Queen and King cups, each having five tracks. In Grand Prix mode you have to race through the cup with limited lives while having to place higher and higher to avoid disqualification. On top of the tracks getting harder as it goes along, you can choose between Beginner, Standard, Expert and Master difficulties as well.

The only other mode is practice mode that allows you to… practice… in the mode. Only seven of the fifteen tracks are selectable, mind you. The tracks overall are really well designed, though really tough towards the end…

The Soundtrack is an out-and-out classic, with Mute City and Big Blue being just two really catchy and well composed pieces of music that have been remixed 100 times. Sound effects are good too, with a good engine hum and some fun sounding… “zapping” sounds when you ride over the edges of the tracks. 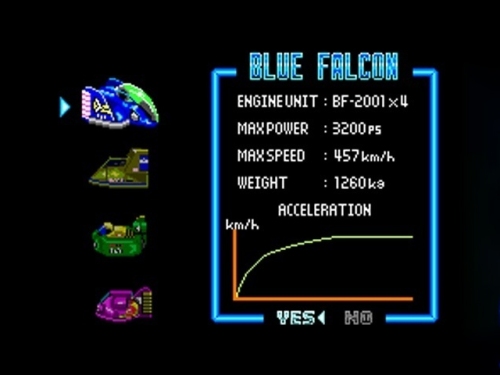 I always went with the Blue Falcon back in the day, probably because it looked the coolest…

I enjoyed playing F-Zero at the time, it was fast, exciting and looked and sounded amazing. I wasn’t very good, but it didn’t matter, I was blown away, and was having fun… 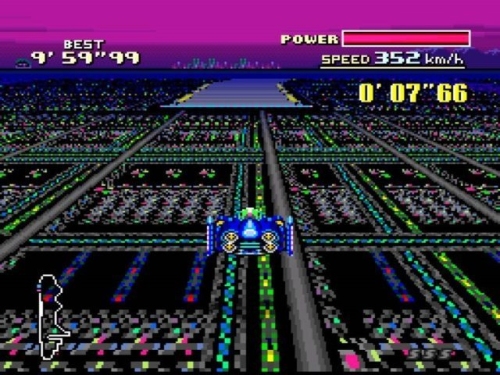 F-Zero is tricky, but once you get the hang of the odd turning and speed, it’s still a really fun racer. It still looks and sounds great, and the difficulty spike isn’t too punishing… Just. It may have better sequels (in my mind) but it still holds up.

One thought on “F-Zero (SNES) Review”