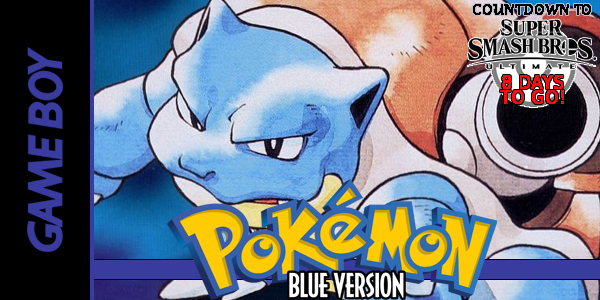 I haven’t been the biggest Pokémon fan, having only played the first and third gen games, but I did enjoy both experiences immensely. I guess it comes down to not really being a fan of handheld gaming holding me back from buying all entries (hell, I don’t even own a 3DS!) So, anyway, thankfully I can talk about a Pokémon game in this marathon given the sheer amount of playable characters the franchise has in Smash Ultimate… 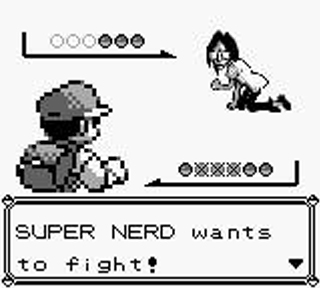 Does he…. (note these aren’t my screenshots as I only played my old original cart, so I couldn’t take any…)

The original Pokémon games were actually subtitled “Red and Green” in Japan, and were released on February 27th 1996, with a third, improved version released with the “Blue” subtitle in October that year. Due to having to reprogram the games from scratch thanks to translation issues with the original code, the US versions (retitled “Red and Blue” but based on the Japanese “Red and Green”) was released on September 28th 1998, with a European release arriving in October 1999, presumably due to more translation woes with the various different languages needed. The games were compatible with “Pokémon Stadium” on the N64, where you could transfer and use your Pokémon in the 3D game.

Pokémon, which just in case you don’t know is a combination of “Pocket” and “Monsters”, is one of those classic examples of “the people behind them / publishing them didn’t think they’d do very well, then it became a phenomenon around the globe” things, which is retroactively funny to think about.

The original Pokémon has been re-released a few times, including a special “Pokémon Yellow” version which was tailored more towards the popular anime series of the time (complete with a Pikachu as a starting character), “Pokémon FireRed and LeafGreen”, which were remakes for the Game Boy Advance, and the recent Switch games “Pokemon Let’s Go, Pikachu!” and “Let’s Go, Evee!”, which were changed a lot in terms of play style, but were still very much based on the original games (or more specifically Pokémon Yellow). 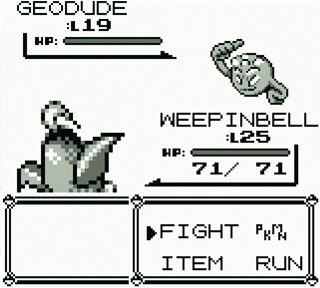 I always liked the series of ‘Bell evolutions, even if they weren’t the best.

To put things simply, Pokémon is a combination of an RPG and the old collectible card games. You go around the map, talking to townsfolk and fighting rivals, search through dark dungeons and face what could be called bosses, it’s just you fight with Pokémon you’ve caught, with you yourself not levelling up, but your Pokémon. The other rivals and bosses (mostly Gym Leaders, as the main protagonist needs to collect all the Gym Badges in the area before going to the final “Indigo League” matches) all have Pokémon as well, and potentially of higher level than you, leading to that RPG classic of grinding for XP.

The battles are another classic RPG aspect, as they’re turn-based and involve picking the right move between attacks, status effects and healing. The collectible card game feel comes not only from trying to “catch ‘em all!” and complete you “Pokedex”, but each Pokémon is a certain type, from obvious things like Fire, Water, and Grass, to less common things like Ghost types or Fairy, and each type has one they’re strong against, and one they’re weak to.

Catching Pokémon is a case of encountering them in wild and weakening them before throwing a Pokeball to try to catch them. As you level the creatures up, some may evolve into newer, stronger forms, but all of them gain new attacks and abilities as they grow.

Thanks to the Gameboy’s link cables it was possible to not only battle friends’ Pokémon teams, but also trade Pokémon between each other. As some of the creatures only featured in Red or Blue, the only way to complete the Pokedex was to trade with a friend (or buy two copies, I guess…)

So Pokémon is more complicated than most distant onlookers make it out to be, but it’s still quite easy to get into and very, very addictive. 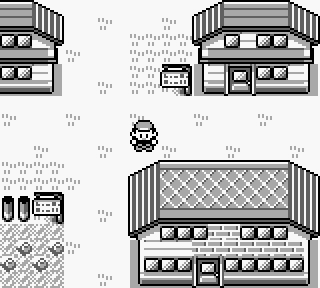 While walking around the overworld it’s a simple top-down perspective with quite cute-looking sprites for people, very small and simple sprites of the few Pokémon that aren’t random encounters, and a nice looking aesthetic for the houses, grass et al. When you go into battle the art is a lot better, more detailed (though obviously static) and you look “over-the-shoulder” of your Pokémon. They combine together to create a very pleasing game for the system.

In the sound department we have each Pokémon having a unique cry being the only thing beyond basic sound effects, but we have an excellent background music score with some properly catchy tunes that deserve their place as iconic gaming tracks. 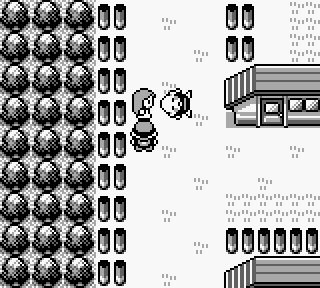 May he rest in peace.

You play as a young Pokémon fan who is now transferring to the role of Pokémon Trainer. You pick your starting Pokémon and head off to travel around the Kanto region, catching new creatures and winning all eight Gym Badges so you can go to the Indigo League and eventually beat the Elite Four. Throughout your journey you’ll face your rival who started on the same path as you at the same time, and encounter Team Rocket, who are an evil organisation who mistreat Pokémon… That’s about it! 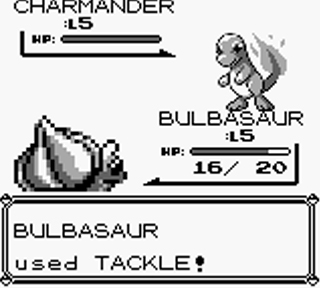 Battle of the two starting Pokémon that aren’t featured on the cover!

I remember giving it a go, but not being sure if I’d like it, and then I lost weeks of my life. They’re properly addictive games and my time with Pokémon Blue is a fond memory, even though I only went back to the series one more time. 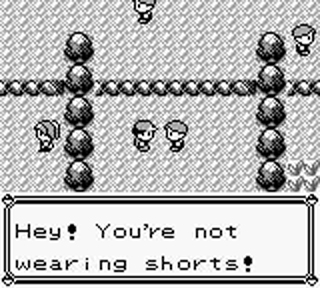 While I hear Pokémon games have come a long way, Pokémon Blue is still a great game full of challenge, collecting and a fun battle system. The graphics are simple but still have a charm to them, and the music is still outstanding. While I’m sure there are later Pokémon games just as cheap as a copy of Blue is now that would be better, the original is still far from unplayable.