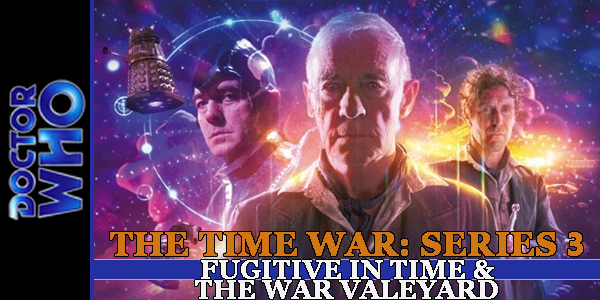 “The War Valeyard? Now you’re just being stupid!” was my initial reaction to this boxset, but then I thought about it, and with The Doctor not fighting the war, of course the Time Lords would be happy with an evil version of The Doctor, so the more I thought about it, the more I actually looked forward to the story seen here at the end of the set, and thankfully it didn’t disappoint! Let’s take a look!

Synopsis (of “The War Valeyard”):

The Valeyard has returned to the universe amid the Time War – and the Time Lords see his potential to end the conflict for good.

When the Doctor discovers that his twisted future self has been conscripted, he sets out with Bliss to find him, braving a planet ravaged by Daleks.

But in a world where he can finally be a hero, will the Valeyard want to leave? 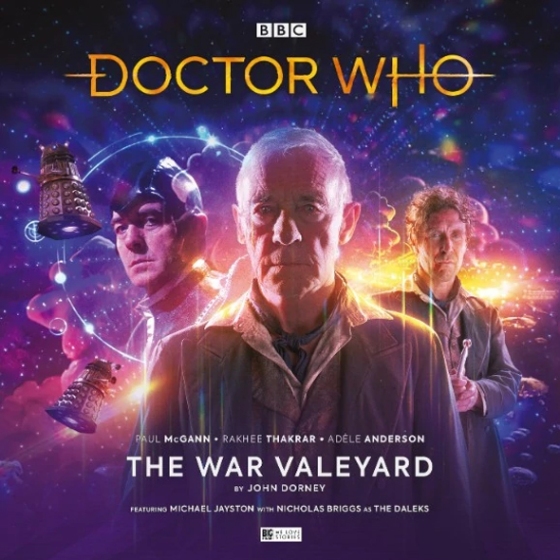 Two Valeyards for the price of one!

“The War Valeyard” had enough interesting going for it to begin with, but good old John Dorney decided to play with the Valeyard even more, stripping him of his moustache-twirling villainy and focusing on the idea that even an evil version / splinter of The Doctor is still, somewhere deep inside, a version of The Doctor. The Doctor and the Valeyard begin sharing visions, leading to The Doctor to find out he must be alive again and fighting in the Time War, but when The Doctor and Bliss arrive they find two Valeyards, one how The Doctor remembers him, and the other dressed like The Doctor and acting far more heroic than his should. The old Valeyard is due to the tech in the area drawing from The Doctor’s memories, whereas the other Valeyard is very much real…

It’s slowly shown that the Valeyard had actually done it, he’d captured a super-weapon and used it to erase the Daleks from the universe, ending the Time War, but due to being so twisted and evil, the Time Lords time-locked the planet he was on so he couldn’t create more crimes / commit more genocide, the lock and the weapon’s effect causing a loop where the Valeyard keeps repeating the mission over and over. Although he doesn’t really realise he’s doing it repeatedly, he slowly becomes more and more like The Doctor of old each time, eventually questioning his own self. The Doctor eventually meets and grows to like the “Doctor Valeyard” and offers to save him, but he stays behind because only here, in this loop, can he be his old self, not the twisted person he became. It’s a really interesting look at the character, and brilliantly played by Michael Jayston. The idea that the Time War is actually won and The Doctor is now following the Dalek Time Strategist into an unknown dimension where it fled is an interesting cliffhanger, especially since we know full well that this victory doesn’t stick…

Episode 3, “Fugitive in Time”, is a fine story as well, though lacking somewhat in originality. The Doctor is forced to do a mission for the Time Lords, the mission being capturing a weapon that could end the war in the Time Lords favour, and when he gets there the Daleks are already gunning for it themselves. This was the set up for most of the War Doctor boxsets, and plenty of the McGann ones so far, so it wasn’t exactly fresh. Even the lead “villain”, who was the last member of a race that the Time Lords had, long ago, wiped off of the face of the universe, wasn’t exactly original in her backstory (Rassilon did like a good universal purge from time to time!) but all that being said, it was a fun story to listen to. The definition of a “good run around”, nothing to write home about, but nothing to complain about… 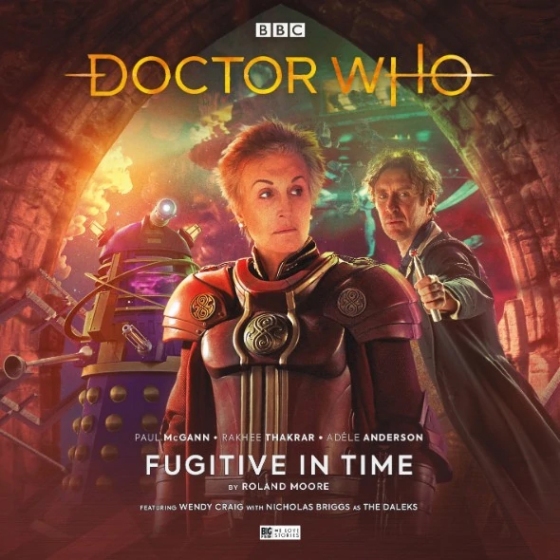 Ah yes, the most over-used promo pic of the Time War Eighth Doctor…

The only really thing I can think of is Bliss still being pretty unmemorable. The fact she was present for both stories and I didn’t think to mention her shows how little impact she really has… 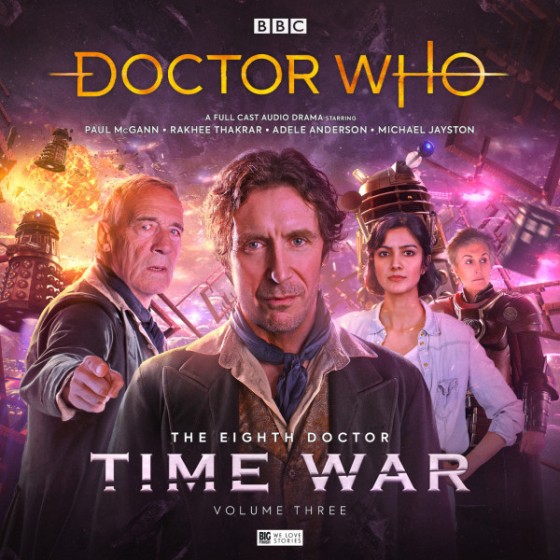 This could have just as easily been the cover for just Part 4, really…

The Valeyard, an evil spin-off of the Doctor created “in between his twelfth and final regeneration”, was introduced in the Sixth Doctor TV epic “The Trial of a Time Lord”, and he has since appeared in several audios, including the Sixth Doctor’s swan song “The Brink of Death”.

While this half of the boxset was dominated by the great final episode, the other half still did well for itself, making for a pleasing end to the third series of the Time War. Looking forward to where the story goes from here given we’ve ended on a cliffhanger for the first time in the series so far!