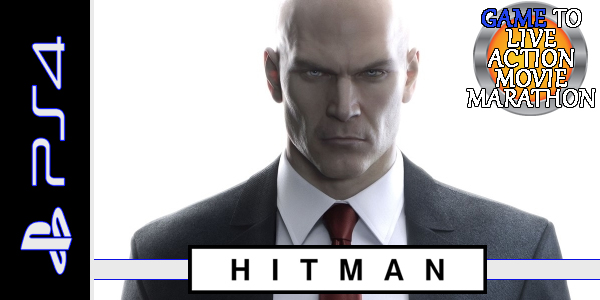 I remember playing about with some of the earlier Hitman games, specifically a demo that either came with another game or came on the front of a magazine. They were fun, but I couldn’t be bothered to get into them. Earlier this year (or late last year…) the 2016 soft reboot of the Hitman franchise became free for PS+ users such as myself, and as I knew the first Hitman film was coming up in this marathon I played through this game a short while ago so I can actually have a game to compare, even if the game itself was released long after the film in question. So is it good? Does the episodic open world idea work when you play the whole game as one entity? Let’s find out!

“I think you’ll find its ‘The Man With the Golden Gun’, now lay down so I can kill you.”

Hitman was released in six chunks, each with an open world map, a main story mission and some side missions. The first part was released on March 11th 2016 along with a “Season Pass” that can get you access to the other chapters as were released. They saw their release on April 26th, May 31st, August 16th, September 27th, and October 31st 2016 respectively. Since then “complete” editions have been released.

This game served as a “soft reboot” of the franchise after the failure of Hitman: Absolution, being set four years after that game and written to be approachable by a new audience. 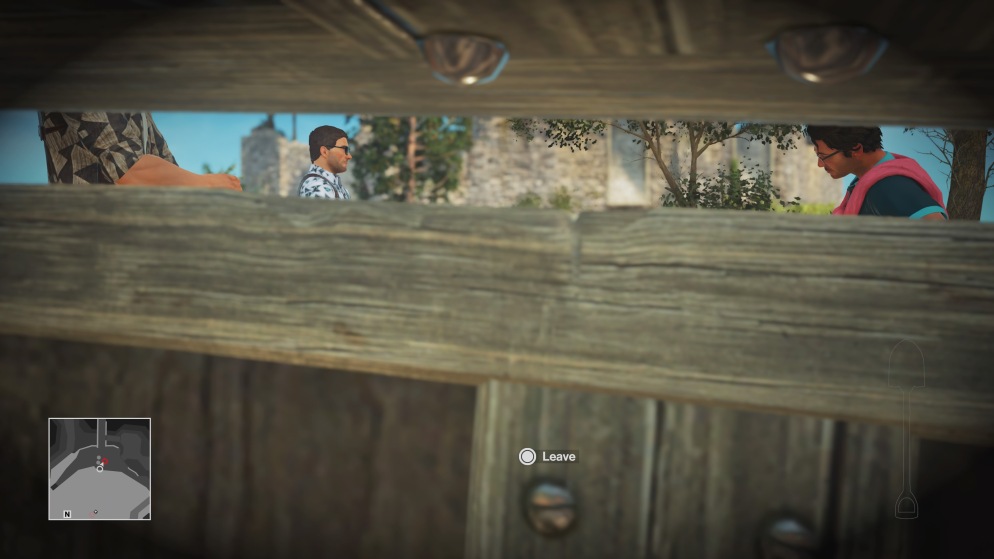 “*Tee-Hee* They’ll never see me! … Never see me smack them on the back of the head with a shovel!”

As mentioned, each mission takes place in a different open world location, full of regular NPCs, potentially hostile ones, and your assassination target/s. Beyond that you’re free to do as you please and kill your target how you want. You have a very satisfying melee combat system, guns both stealthy and loud, various environment-specific melee weapons and pre-mission gear you can equip yourself with, including the old garrotting wire. During the course of the missions you can disguise yourself as anyone you kill that has a uniform or serves a purpose and this will not only help you access high security areas, but so long as you do it away from other eyes it will allow you to become disguised again if you’ve been caught by the enemy, the costume you were previously wearing becoming unusable for the rest of the level. You can also hide bodies, both unconscious or dead, in various crates and cupboards, otherwise if they’re found the alert level will raise, which could mean you target is moved to a harder-to-reach “safe” area.

Each mission has a few very specific ways you can kill your target that require a bunch of set up that range from dropping a heavy object on them after doing something that causes them to move to a specific spot, all the way up to sabotaging an ejector seat in a plane and creating an unlikely scenario where you target then sits in the seat and gets launched into the roof. While you can just run up to them, shoot them in the head and then leg it, each map has a “Mastery” level that goes up based on challenges which include killing the target in these specific ways, so it’s up to the player if they want to just run through everything or whether they want to replay it over and over and create a new fresh way to complete it each time. It’s a fun and effective way to add replayability.

Beyond the main missions there are timed “Elusive Targets”, which are just some NPCs the developers picked out on each stage and completing them nets you some cosmetic awards, and “Escalation contracts”, which are pretty much the same thing but require you to kill your target with a specific weapon or method, and often lead to new targets that, well, escalate in difficulty. Finally there are “Contracts” which are the same “kill a specific NPC / NPCs” but are player created.

Damn, I’ve heard of a room with a view, but that’s a little excessive!

The graphics are often striking in the lighting department, but aren’t the most detailed you’ll see on the PS4. They make up for that though in the sheer amount of people and interactable objects on each map. Some of the crowd scenes are especially great and really add to the “blending in” aspect of the game.

Sound is effective enough. The voice acting is of a high quality, the soundeffects are perfect both in terms of gun firing and horrible object smacking, and the music is suitable low-key during the missions and sometimes have that “action thriller film” bombasticness during certain cutscenes.

ICA operative Agent 47 is tasked with several seemingly unrelated contracts across the world, and soon he and his superiors smell something funny. Turns out there was a “shadow client” behind all these assassinations who wanted to weaken a shadowy organisation known as “Providence”. As this game ends someone from Providence contacts the ICA and says if they cooperate to find this shadow client they can give information on Agent 47’s origin… 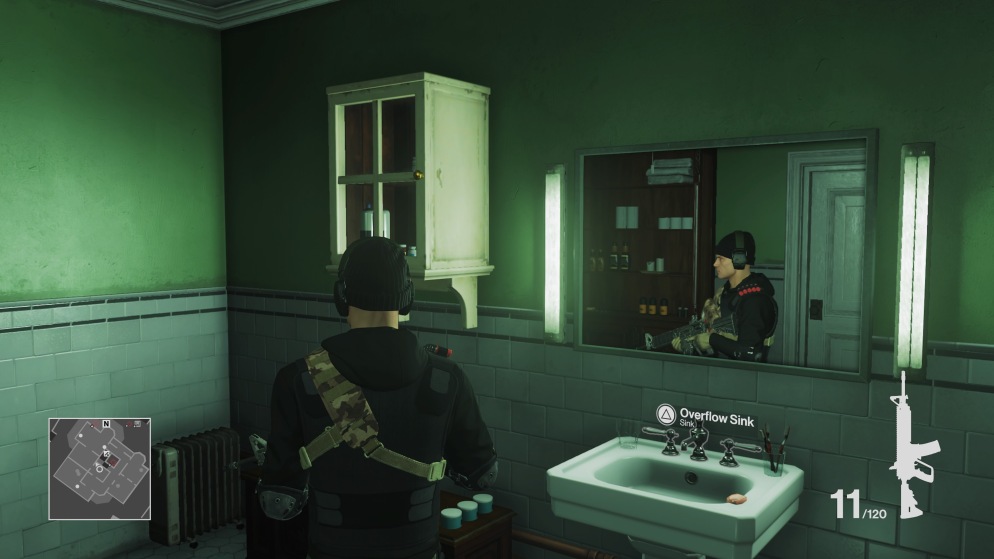 Agent 47 during one of his … less stealthy moments.

There were two DLC campaigns that use the existing maps but create new storylines and assassination targets called “The Sarajevo Six” and “Patient Zero”, the former I believe being a PS4 exclusive. There were also more humourous and themed DLC missions that actually take the existing maps and put entirely new scenery bits to them, which are “The Icon”, which puts a Superhero movie set in the Sapienza map to play around with, and “Holiday Hoarders” which turns the Paris map into a Christmas period setting and has you stopping the two thieves from Home Alone. “A House Built on Sand” and “Landslide” are more plain in they just reuse a level and give you a new target and something to pick up.

Now THAT’S commitment to the disguise!

I enjoyed my time with Hitman, though given I played through it for free (minus the Patient Zero DLC) does make it easier to forgive. I guess how much you get out of Hitman depends on how likely you are to want to replay levels and get higher scores. A lot of the earlier levels are extremely fun to mess about in, where as some of the later ones are challenging enough to go through the first time that I didn’t fancy a second go-around. For me personally the fun and freedom outweighed some of the later annoyance, so I’d recommend it.