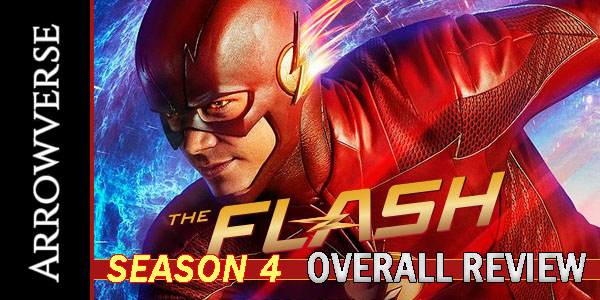 The Flash season 4 had a very different feel to it thanks to the lead antagonist not being a speedster. The Thinker was a definite highlight, though credit also has to go to new side-character Ralph Dibny / The Elongated Man as well, who was a constant highlight himself. Either way, although it wasn’t perfect, it was a good season, with a tight direction and a fresher feeling. Let’s take an overall look!

Iris has been aiding Team Flash in Central City for six months, but refusing to grieve Barry. A flying Samurai with superpowers appears in Central City, threatening to destroy the city if the real Flash does not face him. Cisco reveals he has formulated a way to bring back Barry without destabilizing the Speed Force, and tracks down Caitlin for help. Against Iris’ direction, Team Flash successfully returns Barry, but to their surprise he appears to be rambling random statements and continually writing symbols on walls…

It’s the lead cast! … Minus Barry.

Barry Allen / The Flash (Grant Gustin) – Barry locked himself away in the Speed Force to both save everyone and pay for his destabilising of the timeline… but if there’s a way to come back and quickly act like none of that happened, then… way-hey!

Iris West (Candice Patton) – Iris has been pushing forward with her role guiding Team Flash in Barry’s absence, though those around her can plainly see that she hasn’t had time to grieve yet…

Cisco Ramon (Carlos Valdes) – Cisco is still his funny, nerdy self, having had time to grieve and make sure he can still help the new Team Flash without Barry around.

Caitlin Snow / Killer Frost (Danielle Panabaker) – Caitlin has Killer Frost under control… unless she become scared or panicked, but you know… it’s an improvement!

Joe West (Jesse L. Martin) – Joe has managed to get past the loss of his may-as-well-be son Barry and is moving forward with his new relationship, though he is worried about his daughter’s state of mind…

Wally West / Kid Flash (Keiynan Lonsdale) – Wally has been the new Flash for the past six months, and is surely due for a big role in the future!!

Harrison Wells (Tom Cavanagh) – The Earth-2 version of Harrison Wells, he finds himself at the loss when he falls out with his daughter, leading to him jumping at the chance to join Earth-1’s Team Flash…

Ralph Dibny (Hartley Sawyer) – Former police officer-turned Private Investigator… turned plastic man (or Elongated Man, if you will…) some way or other, he’s going to become a hero! … or at least someone who can be useful. Maybe.

Clifford DeVoe / The Thinker (Neil Sandilands) – DeVoe used the instability created by the particle accelerator explosion to greatly increase his intelligence… at the cost of his own body. Now, if only there was some way to fix that…

Marlize DeVoe (Kim Engelbrecht) – Marlize is Clifford DeVoe’s faithful wife, who is happy to help her husband’s crazy plan, because… love, I guess.

Amunet Black / Blacksmith (Katee Sackhoff) – A prolific arms dealer and general underground kingpin with the ability to control metal… and a really awful attempt at a British accent. 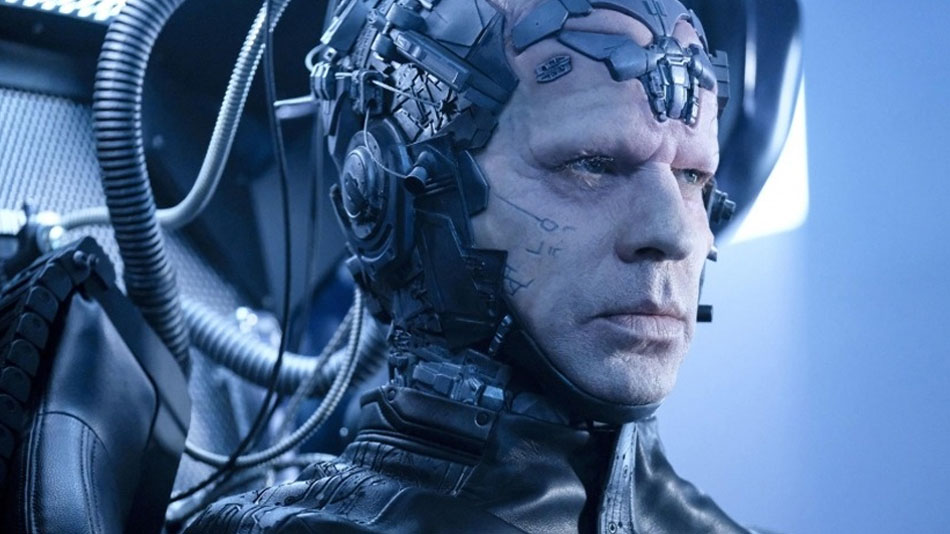 The “big bad” this season was definitely a good point!

The tone of the season has kept it classic Flash, some good banter between the main cast, but also some good drama when needed, unlike the unbalanced towards depressing first half of Season 3. As I mentioned in the opening paragraph, both the lead villain DeVoe and new “Team Flash” member Ralph Dibny were great additions to the cast. The two-thirds-of-the-season-long arc of DeVoe creating a bunch of new Metahumans and slowly but surely tracking them down and absorbing their powers was a good story, with both teams trying to beat the other, but “our heroes” constantly being out smarted. The Elongated Man on the other hand had your classic “he’s a selfish screw up who slowly learns to trust others and become a hero” story, but done really well. Really enjoyed his character arc over the last year.

Some of the side stories were good as well. Cisco and his eventually doomed relationship with fellow breacher Gypsy was good, especially scenes with the latter’s father played by Danny Trejo! Caitlin coming to terms and even befriending her alter-ego, then feeling lost without it was good, the revelation that she always had the Killer Frost powers rather than getting them post-accelerator explosion was a good twist, too. Joe and Cicile’s love story reaching pregnancy and the weird twist that while pregnant Cicile gained telepathic powers was all good fun.

Marlize and her character arc was another interesting one. We see her and Clifford DeVoe’s backstory and how it was a legitimate love, but somewhere along the line DeVoe lost his humanity, and it soon became a “when will she realise and escape” story. It eventually came down to her “betrayal” and even helping Team Flash in the end, which was all well played.

The cliffhanger this season is Barry and Iris’s daughter from the future arriving, which is fine. Makes a change from the norm, anyway. Finally, and I’ll mention it even though it was a cross-over event, but Crisis on Earth-X was a brilliant four-episode story. Definitely track that down, if you can.

Remember when Barry was in prison? No, neither do I…

Two things immediately stick out. Firstly the resolution to last season’s cliffhanger, where after waiting several months, everyone just frees Barry from the Speedforce and everything goes back to normal straight away. After all the over-the-top drama, it was a big waste, really. Secondly the ending to the pre-Christmas chunk of episodes, where Barry lets himself get arrested for a murder he didn’t commit for no reason… like literally no reason. He could have sped the body out of his apartment easily, but he just stood there and went to prison for, let me reiterate, NO REASON. To make matters worse his stay behind bars only lasted three episodes, so in the end it was pretty pointless anyway.

I found a lot of the Harrison Wells stuff this season a bit crap. I actually found his “council of Wells” stuff funny at first, but the gag got old as it got more and more over-the-top. Then his getting addicted to the “Thinking Cap” device and eventually losing his intelligence was alright, but not riveting. At the end he got fixed to the point of average intelligence and realised he loves his daughter and immediately buggers off. *shrugs* Okay, I guess! No waiting around there…

Poor Wally West doesn’t get much to do this season, but he does eventually leave and join the Legends of Tomorrow, so… He does something this Arrowverse season, as least, even if it isn’t in his home show…

As much as it was nice to see Katee Sackhoff on my TV again, her character is far too overboard and has a frankly atrocious English accent. It drove me batty and took me out of any scene she was in.

The Flash and a pre-costume Elongated Man.

While it doesn’t reach the heights of the first two seasons, it’s far better than Season 3. It has a consistent fun tone, with enough drama to digest as well, a fresh-feeling antagonist and a fun new member of “Team Flash”. The overall storyline plays out well over the 23 episodes, and most of the characters get something to do. A good return to form for The Flash.