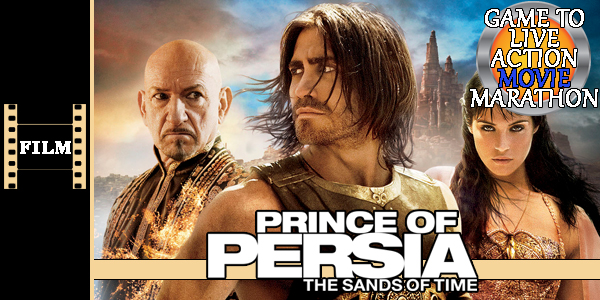 I don’t know if it’s because I’ve just watched four average-to-awful fighting game-based movies in a row or what, but I enjoyed Prince of Persia: The Sands of Time. I mean, the script might not win any originality awards, but it was still an entertaining two hours of adventure that actually uses some imagery and ideas from the game it was based on (that I’ve seen a lot about, but never actually played, hence why I reviewed the original game alongside this instead…) Is it good enough to actually recommend though? Let’s find out!

END_OF_DOCUMENT_TOKEN_TO_BE_REPLACED

Yes, I know, I should’ve reviewed Prince of Persia: The Sands of Time alongside the film Prince of Persia: The Sands of Time, but although the time mechanics looked fun, I never brought it or even played it. So rather than not review anything at all I thought I’d review the one Prince of Persia game I played, that being the original! Well, the Mega Drive port of the original, anyway. I rented out a couple of times, not because I was good at it, but because the fluid movement and realistic swordplay was cool as hell. Let’s take a look!