I was of two minds going into Poison of the Daleks. On the one hand I love the Third Doctor Adventures, especially now they have the Brigadier in the stories, but on the other hand, The Daleks, again? The Third Doctor already has the second most TV encounters with them out of the classic Doctors and they already appeared a couple of TDA sets ago. Oh well… Was Poison of the Daleks a treat or a retread? Let’s find out!

END_OF_DOCUMENT_TOKEN_TO_BE_REPLACED 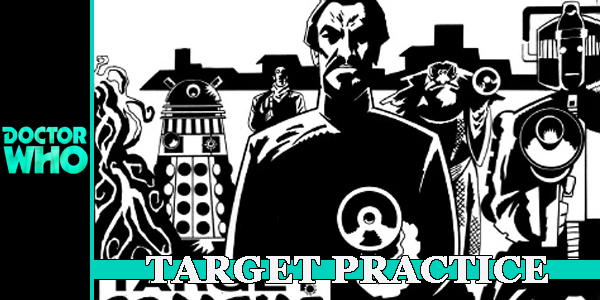 This is going to be a quicky! Target Practice was a single issue comic story and isn’t even connected to the mini-story arc seen in the previous two comics. Still, is it fun to breeze through?

END_OF_DOCUMENT_TOKEN_TO_BE_REPLACED 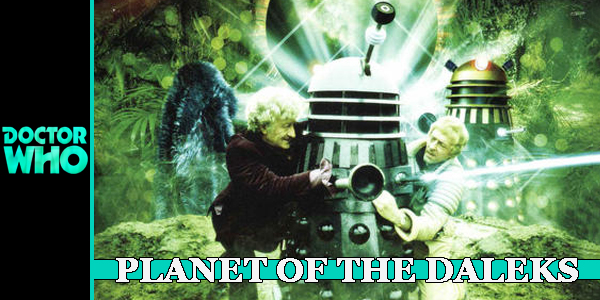 The Season 10 Blu-Ray… came out a couple of months ago, but now after several changes in my life, from job upgrades to moving, I’m back and settled, so I finally stuck on the restored version of a story from arguably my favourite Doctor Who period. Hooray! Planet of the Daleks, unlike the other ones I’ve reviewed, is actually the “centrepiece” of this set, and while I didn’t bother with the updated effects, I did enjoy the re-colourised Episode 3 and the general clean up. So let’s look at the story that inspired quite a few direct sequels, though none on TV, funnily enough!

END_OF_DOCUMENT_TOKEN_TO_BE_REPLACED

To celebrate 20 years of making Doctor Who audios, Big Finish released a special, roughly six-hour story titled “The Legacy of Time”, and now I’ve finally found the time to finish it, I can say it was a fun collection of stories, but was definitely just that. There wasn’t much of an over-arching plot, which is fine, it’s just different to what I was expecting. Let’s take a closer look!

END_OF_DOCUMENT_TOKEN_TO_BE_REPLACED

The Fifth Volume of the Third Doctor Adventures concludes, and now I’m more used to the new Brig I feel I can comment on this story easier, though I am happy to say that Sgt. Benton joins the cast in this story as well, not recast or anything, but it’s a nice addition that makes it feel all the more authentic. The Scream of Ghosts also features the return of something else as well, but that would be for the spoilers section…

END_OF_DOCUMENT_TOKEN_TO_BE_REPLACED

The Third Doctor Adventures returns, and has further evolved! Starting off as a mostly narrated affair, we eventually got Tim Trelor’s Third Doctor in a full cast environment, and now we have a perfectly recast Brigadier thanks to Jon Culshaw, and a good version of Liz Shaw from the original actresses own daughter. Adding in Jo Grant, who is thankfully still with us, and we’ve pretty much hit full cast Third Doctor stories! Primord, the first story of two, features both new recasts and is a really fun, if not rather basic, story that is also a direct sequel to TV classic Inferno… Let’s have a deeper look!

END_OF_DOCUMENT_TOKEN_TO_BE_REPLACED

In a lot of ways Spearhead From Space is nearly as significant as An Unearthly Child as it’s the first time the show goes through what feels like a proper reboot, and does so successfully. Gone is everything we associate with the character, including its lead actor, replaced with a new Earth-based set up with a group of soldiers who battle alien threats… and it’s in colour no less! The fact that in four episodes they manage to establish the new status quo, introduce new characters and a new Doctor, and create a brand new alien species (the Autons!) is quite the feat. So let’s take a look in more detail, shall we?

END_OF_DOCUMENT_TOKEN_TO_BE_REPLACED

Change of Mind is two things, firstly it’s a Third Doctor comic, which is great as I love the era and this story has some nice artwork to go along with a good story, and secondly it takes place in between seasons 7 and 8 and featuring a post-UNIT Liz Shaw, which is a unique setting. Let’s see if… well, I’ve already said it’s a good story with nice artwork, but let’s take a closer look anyway!

END_OF_DOCUMENT_TOKEN_TO_BE_REPLACED 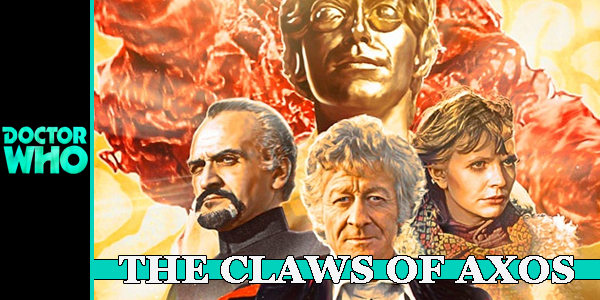 Fancied watching this last week, and if I don’t do the odd Who review outside of new releases and marathons I’ll never fill out the review pages! So, Claws of Axos comes to us straight from Season 8, a.k.a. the Master season, as Roger Delgado’s first (that we see) incarnation of the rogue Time Lord was in every story. Also featured are the regular UNIT crew, the titular Axos, an American UNIT agent and a comedic tramp! So let’s have a deeper look to see if this all works together or not…

END_OF_DOCUMENT_TOKEN_TO_BE_REPLACED

I’m guessing the first thing that came into most people’s heads when they saw that the Third Doctor was getting full cast audios was “maybe now we can get a Third Doctor – Cybermen story!”, and it took a couple of boxsets, but here we are! Written by Marc “Spare Parts” Platt, Tyrants of Logic is a good story that while doesn’t touch his enduring classic, still provides us with a good full cast Third Doctor confrontation with the Cybermen, at last. So let’s take a bit more of a detailed look…